Wave of Car Fires, Vandalism and Shooting in Gothenburg 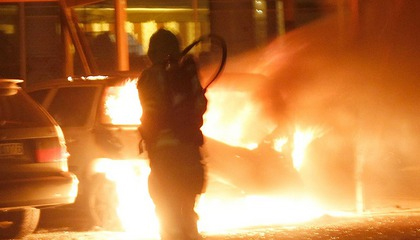 No these are not images from the French riots in 2005, but it could be... it looks just the same.

For about two weeks now fires have been going off in various suburbs around Gothenburg. This have escalated in the last two days. Police cars and other vehicles seems to be the primary target. Four people have also been wounded in a shootout. This is a level and frequency of violence that (yet) is not too common in Sweden. 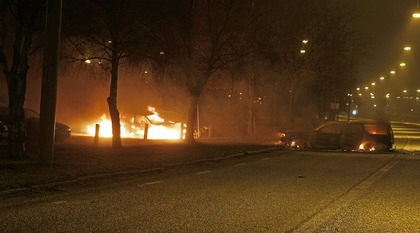 The riot situation is however nothing new, some might recall the riots in Malmö's Rosengård a few years ago.

Also in 2009 there were similar riots in the same area of Hisings Backa in Gothenburg. There is also a long history of problems and high crime in an area referred to as "Little Pakistan" reports Expressen. 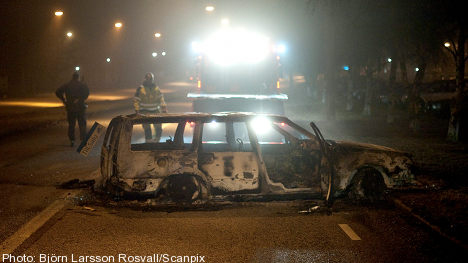 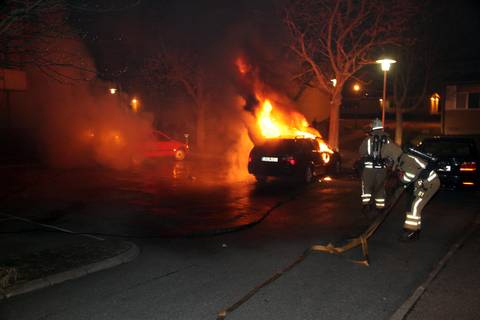 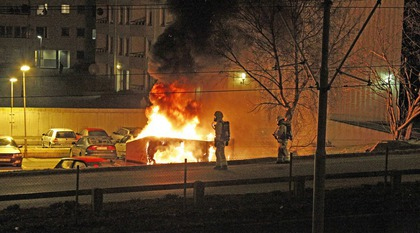 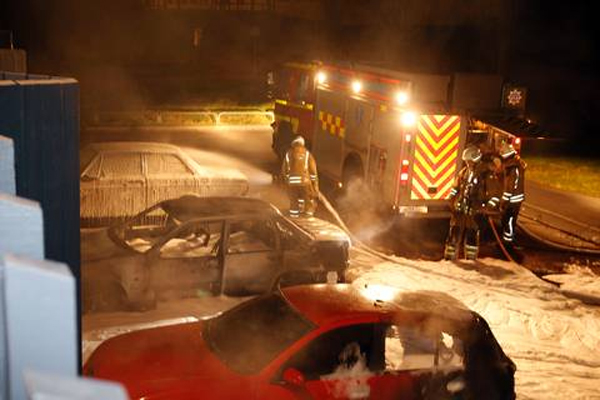 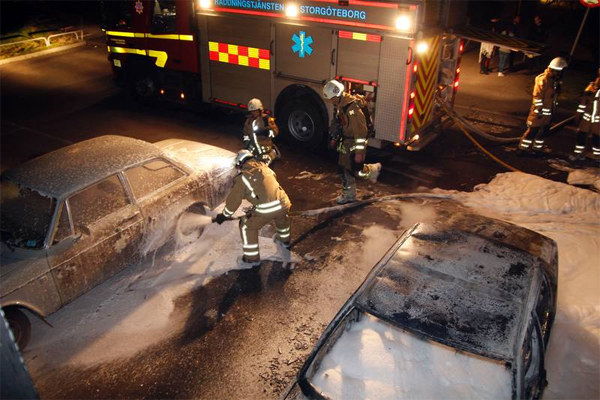 The indications are that the attacks have started as revenge for a police patrol that on Monday struck a suspected thief who escaped on a motorcycle after a robbery.

It's politically incorrect to report on the fact that immigrant gangs are behind these riots, so therefore you can't read about that in any of the government subsidized (taxpayer funded) mainstream news papers.

Expressen reports that witnesses told of war-like scenes, where masked youths screaming have stopped motorists, or pushed out cars in the street and set them on fire.

It's speculated that 40 or 50 cars have been burned in the past month but no one have been arrested according to the police. 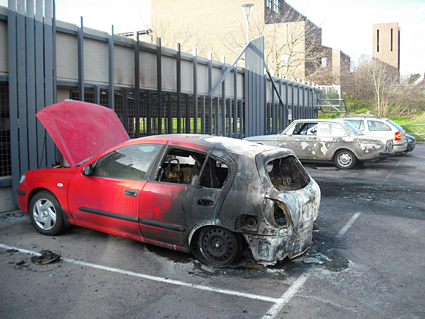 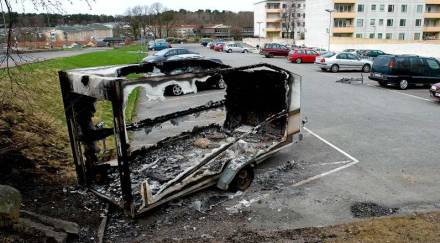 Stones are also reportedly being thrown at the firetrucks and firemen, who are trying to help and put out the fires. Other citizens have also been hit by stones and some have been assaulted, one was severely beaten with a steal pipe.

For a few days now it seems like these "Youth gangs" have been doing what they want and they have been allowed to take over the streets completely, terrorizing people, neighborhoods and other parts of the city. The Swedish "police" is standing idly by... waiting ... for something.

"Youth" or "Youth gangs" is how the perpetrators are being referred to. There is not much you can learn when sifting through the politically correct mainstream media. Finding a who and why seems almost impossible. However, many eyewitnesses and other people have made very revealing comments about the situation.

Here are a few from local.se

"I saw these thugs around midnight the night all of this happened. The police need to put a foot in their ass. From what I know, it took them over an hour to appear in Backa after I called them (and was on hold for 15 minutes just to get through btw).

It's pretty clear this is organized crime and it needs to be treated as such. The group of 20 I saw, all wearing black hoodies, were men...not boys. This isn't just teenage angst. Interrogate the two who were caught and then roundup everybody connected to them for questioning...apply pressure until someone breaks and agrees to testify.

Since I could hear them talking loudly and yelling, I know they weren't speaking swedish or english. It pisses me off that people would move here and then behave this way...it should be grounds for having your visa or citizenship revoked IMO.

Youth gangs..ha,ha,ha,ha,ha...I thought you people were like Vikings and would at least kick some ass when they came to burn your Volvos and SAABs. Imagine, you are taxing yourselves to import criminal arsonists, theives and rapists. then, if anyone takes notice they are banned as racists.

Surely, this must be a form of mental illness.

if they arrest anyone there will be new riots blaming the police for "racism".

And since, in the fantasy of emasculated Swedish multiculturalism, everyone is the same regardless of their ACTUAL beliefs or ACTUAL behavior... the Swedish gov't will go out of its way not to offend the "cultural sensitivities" of these upstanding citizens.

When in reality they are thugs who will ONLY respond to overwhelming force.

That the suburbs in Sweden "burns" seems more or less like normal today.

However, it is reported only sparingly in the media about this ...

Journalists have a responsibility, sometimes almost a mission, to shed light on societal issues from a comprehensive perspective. This responsibility has been the press corps thoroughly betrayed. In matters relating to immigration and migration in an almost complete one-eyed. There is a national blackout of these issues by the media is maintained for purely ideological reasons.

Three segregated neighborhoods in 1985 has become 156 in 2006. This is given the result of too much immigration in rellation to what society is able to integrate.

The simple truth, however, that no media or politicians would ever be able to recognize...

As usual it's we racist Swedes that are wrong.

We racist Swedes must learn how to tippy toe in everything we do or say.

There is always someone who feels offended, and also has a legal right to it, something we Swedes do not have.

As an Australian looking at Sweden from the outside I see racism.

I see a bizarre self loathing racist agenda to elliminate out 10 million Scandinavians from the earth.

If someone in Thailand wanted to promote immigration from as many non Thai people as possible to interbreed... what would you think? Racism at work. Well that is what Sweden is doing.

The Swedish aboriginals should still exist in 200 years. But maybe they will not.

Hofors, a society in Gästrikland, has the highest youth unemployment in Sweden. But when do we heard about riots, school and car fires, throwing stones against firefighters, police and ambulance in Hofors?

Stop blaming the "socioeconomic reasons". Expel the perpetrators to their countries of origin. Are there aliens born in Sweden to foreign parents, deport the whole family. They are guests in our country, as a guest you should take care of themselves, and even take care of themselves better than values??, it should be a reasonable requirement. In Sweden there is any chance of education and a good life if you WANT. These criminal in the suburbs belong to the 1 percent of world population that has the very best and with good prospects. But they choose voluntarily criminal career and to mock us Swedish taxpayers.