At first sight, Alla Lebedeva’s farm doesn’t seem very different from all the others in Prigorodny, a small village in western Siberia. But when you notice all of her fluffy Siberian cats, you begin to realize why this place is popularly known as Koshlandia, or ‘land of cats’.

59-year-old Alla and her husband Sergey got their first cat in 2003, a beautiful Siberian feline called Babushka. A year later, she gave birth to five kittens. Before long, the cats took over the whole farm. When people ask how many cats live in Koshlandia, Alla simply says ‘a million, maybe more’. Some sleep in the henhouse, some in the shed, others perch on the fence around the farm or on the roof of the farmhouse. They’re pretty much everywhere, and that’s just how Alla and Sergey like it. In fact, they are so proud of their cat paradise that they always take photos of the cats and post them on social media.

You’ve probably seen some of Alla Lebedeva’s photos before but were under the impression that the adorable felines were Norwegian cats. That’s because a couple of years ago, when the photos first went viral online, the cats were presented as Norwegian by a website that just lifted the pics without even giving Lebedeva credit. 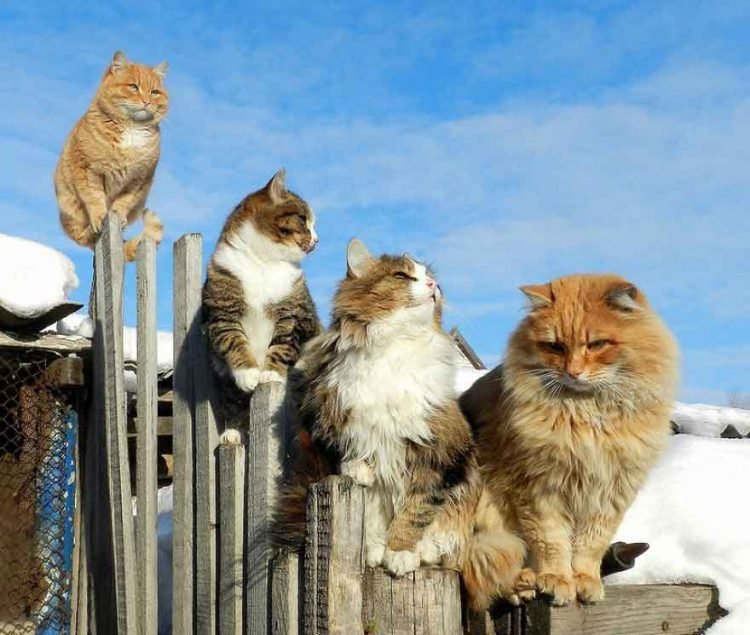 “A couple of years ago I noticed that my pictures had gone viral,” Alla told the Siberian Times. “At first I spotted my photos on some website about Norwegian cats – they used my pics twice, without any credit – and now they are going around the world as ‘Norwegian cats’.” 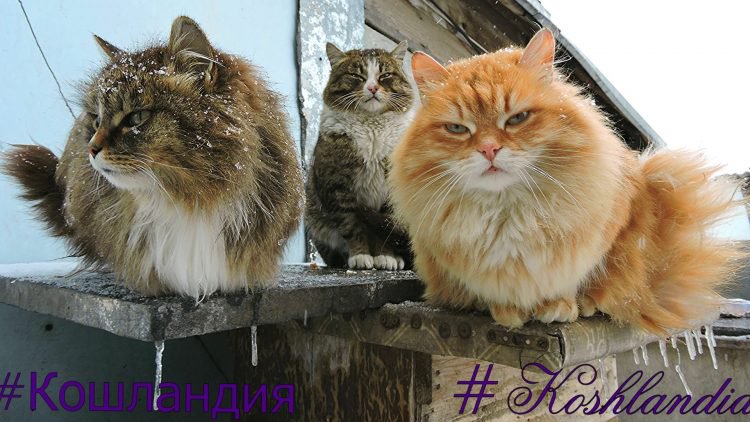 Alla says that the many cats living in Koshlandia are divided into two main groups: one goes out hunting and doesn’t return for months; another stays put and lives on whatever their human masters feed them. Their diet is supplemented by any mice or rats that are foolhardy enough to venture into the land of cats. 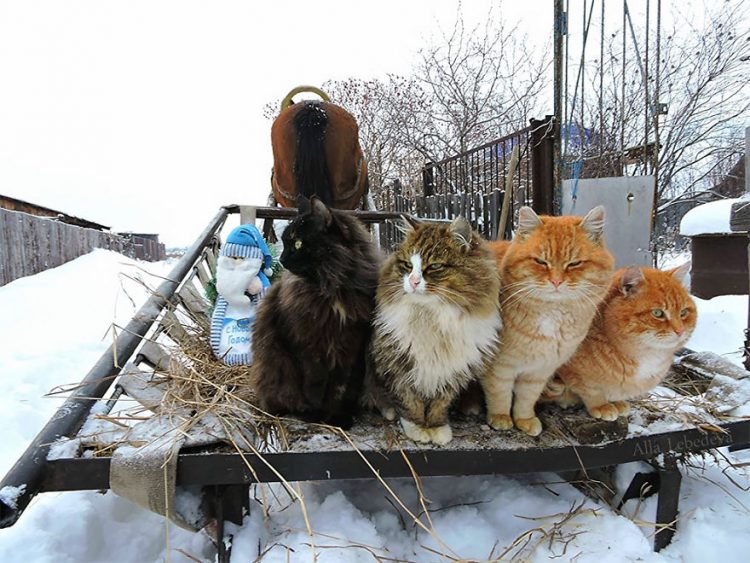 “Our cats move about freely. In general, all rustic cats are unusual and differ from cats living in apartments, just like a rabbit differs from a hare. They are wild and independent,” Alla said. “In the summer our cats divide into two groups. Some of them go hunting somewhere and don’t come home for months. All the female cats are always neat and sit at home.”

Apart from the photos and clips Alla Lebedeva posts on social media sites like Twiter, cat enthusiasts can also follow the adventures of Koshlandia cats on YouTube, where Alla regularly uploads new videos.