'We'll be able to upload our brains to a computer' 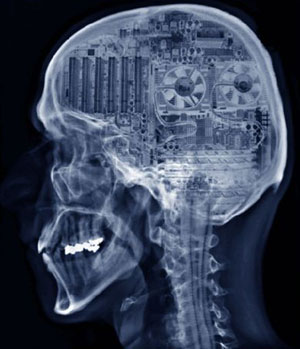 Anders Sandberg is James Martin Research Fellow at the Future of Humanity Institute, University of Oxford. Dr Sandberg believes that in the future we will be able to, and should, dramatically change what it means to be human.

Transhumanism – enhancing humans through new sciences and technologies – often looks a rather pie-in-the-sky, science-fiction idea. But we have good scientific reasons to think that in future we are going to change the human condition significantly.

It is becoming more and more realistic that we will extend our life span. I'm pretty optimistic that one day we will be able to upload our brains on to a computer, which will give us a kind of immortality. We can already simulate a brain bigger than an insect's.

A human brain is going to take a lot of computer power, but microscopy can actually scan brain slices quite well. We don't yet know how to reconstruct the function of neurons from the microscopy, but it seems that most people think it is feasible, although with microscopy the brain is pulverised.

Francis Fukuyama said that transhumanism was the world's most dangerous idea, but all ideas that suggest that we change ourselves or our society have the potential to be dangerous. Transhumanism is really the continuation of the classical ideas of humanism, but instead of improving the current human condition through democracy or tolerance, you actually improve the human condition itself.

One concern is that performance-enhancing and life-extending drugs and technologies will create an enhanced elite, but technology gets much cheaper over time, as with mobile phones or computers. Some technologies, like taking modafinil to improve cognition, are inexpensive now.

Services will still be expensive – for example, if you have to go to hospital to have your genes uploaded – but then education is a terribly expensive kind of intelligence amplifier, although we persist in thinking that it is the best thing since sliced bread.

There is a risk that enhancement becomes an arms race, with people ensuring that their children have the best skills to get the best jobs. Then nobody's really well off, but that's not because of enhancement, but because of people having a bad conception of what society is about. And it's such a great opportunity.