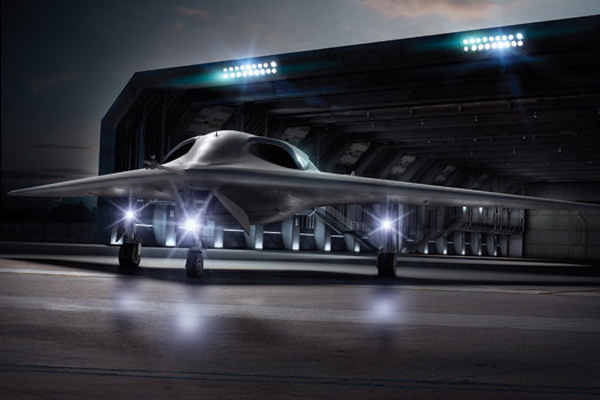 Under Cover The Lockheed Martin RQ-170 Sentinel, an unmanned reconnaissance drone, is the most recent aircraft to emerge from the military's "black" budget.

Not since the end of the Cold War has the Pentagon spent so much to develop and deploy secret weapons. But now military researchers have turned their attention from mass destruction to a far more precise challenge: finding, tracking, and killing individuals

Every year, tens of billions of Pentagon dollars go missing. The money vanishes not because of fraud, waste or abuse, but because U.S. military planners have appropriated it to secretly develop advanced weapons and fund clandestine operations. Next year, this so-called black budget will be even larger than it was in the Cold War days of1987, when the leading black-budget watchdog, the Center for Strategic and Budgetary Assessments (CSBA), began gathering reliable estimates. The current total is staggering: $58 billion—enough to pay for two complete Manhattan Projects.


Where does the money go? Tracking the black budget has always been a challenge. Constantly shifting project names that seem to be randomly generated by computers—Tractor Cage, Tractor Card, Tractor Dirt, Tractor Hike and Tractor Hip are all real examples—make linking dollar amounts to technologies impossible for outsiders. But there are clues.

According to Todd Harrison, an analyst at the CSBA, the allocations for classified operations in the 2011 federal budget include $19.4 billion for research and development across all four branches of the military (funding for the CIA, including its drone strikes in Afghanistan and Pakistan, is contained within the Defense Department black budget), another $16.9 billion for procurement, and $14.6 billion for “operations and maintenance.” This latter category, Harrison notes, has been expanding quickly. This may suggest that many classified technologies are now moving from the laboratory to the battlefield.

In fact, the rise in classified defense spending accompanies a fundamental change in American military strategy. After the attacks of September 11, the Pentagon began a shift away from its late Cold War–era “two-war strategy,” premised on maintaining the ability to conduct two major military operations simultaneously, and began to focus instead on irregular warfare against individuals and groups. That strategic shift most likely coincides with an investment shift, away from technology that enables large-scale, possibly nuclear, war against superpower states and toward technology that helps military planners hunt and kill individuals. Each branch of the military uses different language to describe this process. Pentagon officials have spoken openly about their desire to use advanced technology to “reduce sensor-to-shooter time” in situations involving “time-sensitive targets.” The head of U.S. Special Operations Command talks about “high-tech manhunting,” while Air Force officials describe plans to compress the “kill chain.”

Even inside the Pentagon, few people know the precise details of the black budget. But by combining what is known about Pentagon goals and what is known about the most recent advances in military technology, we can begin to sketch its general contours. 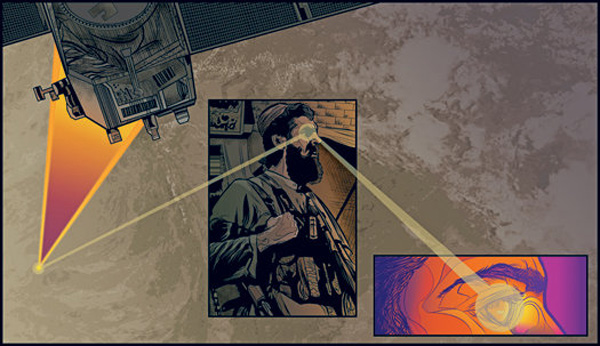 Satellites On Demand: The Pentagon’s desire for pervasive battlefield surveillance doesn’t end with drones. Another goal is reconnaissance satellites that can be launched within a few days of a request, a drastic abbreviation of a process that today takes one to two years. Satellites have at least two significant advantages over drones: They can stay in the air 365 days a year, and they’re exempt from concerns about international airspace. Conducting drone-quality surveillance from a satellite requires advanced imaging technology like that found on an experimental satellite the Air Force launched last year, TacSat-3. TacSat-3 is equipped with hyperspectral sensors, which capture electromagnetic radiation across such a wide spectrum that they can detect the disturbed earth covering a buried roadside bomb. It’s an early step toward satellites that could find and identify individual people.

The first link in the kill chain: finding the person to hunt. Particularly in Afghanistan and Pakistan, this type of intelligence gathering is increasingly done using unmanned aerial vehicles (UAVs). According to the New America Foundation, a nonprofit think tank, the U.S. conducted 45 drone strikes in Pakistan in the first six months of this year. The centrality of unmanned aircraft to such missions suggests that the black budget is almost certainly already funding next-generation drones.

In April 2009, a French magazine published a photograph of one recent product of that funding—a slender-winged aircraft that had previously been spotted in southern Afghanistan and that aerospace experts had begun calling the Beast of Kandahar. After another photograph surfaced, this one a clear shot of the craft on the runway in Kandahar, the Air Force issued a statement that finally gave the Beast a formal identity: the RQ-170 Sentinel.

Manufactured by Lockheed Martin, the RQ-170 is a tailless flying wing with the telltale shape and surface contours of a stealth aircraft. Black-plane watchers immediately noticed similarities between the RQ-170 and Lockheed’s unmanned Polecat aircraft, which UAV observers had long speculated was being developed in secret and which was finally made public at the Farnborough International Airshow in England in 2006. The Air Force says that the Sentinel is a reconnaissance drone, a claim supported by the aircraft’s lack of visible armaments, by the sensors that appear to be embedded in its wings, and by its “RQ” designation.

But much about the RQ-170 is puzzling. Why would the Air Force need a stealth aircraft in Afghanistan, a country with no radar defense system? It wouldn’t, according to those familiar with the drone. The RQ-170 was developed with a more sophisticated enemy, perhaps China, in mind. That doesn’t mean it couldn’t be adapted for current conflicts, however. Unlike the relatively easy-to-spot Predator and Reaper drones, the RQ-170’s stealth could allow it to conduct missions that those aircraft cannot, such as clandestine tracking, or slipping unnoticed across Afghanistan’s border into Iran or Pakistan to spy on their nuclear programs.

Aircraft like the RQ-170, the Predator and the Reaper can get only so close to their targets, of course, which is why the Pentagon is developing micro-drones designed to investigate dangerous terrain undetected. In April the Washington Post reported that the CIA was using pizza-platter-size micro-drones to find insurgents in Pakistan. And the 2010 Pentagon budget contains a brief unclassified reference to Project Anubis, a micro-drone developed by the Air Force Research Laboratory. The Air Force won’t talk about that specific vehicle, but a more general 2008 marketing video released by the lab did suggest that future micro-UAVs might be equipped with “incapacitating chemicals, combustible payloads, or even explosives for precision targeting capability.” The video depicts an explosives-laden drone dive-bombing and killing a sniper. Budget documents indicate that Project Anubis (named for the ancient Egyptian god of the dead) is now complete, which means a lethal micro-drone could already be in the field.

The Pentagon is forging the next link in the kill chain—following an individual—with at least one high-priority research program. The Clandestine Tagging, Tracking and Locating initiative (abbreviated both as CTTL and TTL), which was conceived in 2003, is slated to get about $210 million in unclassified funding between 2008 and 2013 and may receive more than that from the black budget. “The global war on terrorism cannot be won without a Manhattan Project–like TTL program,” was how officials from the Defense Science Board, a civilian committee that advises the Pentagon, described the situation in a 2004 presentation, adding that “cost is not the issue.”

In a 2007 briefing, Doug Richardson, an official working in the Special Reconnaissance, Surveillance, and Exploitation program in Special Operations Command, said that the Pentagon wanted to use 14 different technologies for tagging and tracking targets such as people and vehicles. Tagging could involve marking targets with invisible biological paints or micromechanical sensors; tracking would mean monitoring those markers from a distance. Other schemes entailed capturing a person’s “thermal fingerprint” and then tracking him or her, perhaps from aircraft equipped with infrared sensors.

Read the rest of the story at: popsci.com