What the Rachel Dolezal Scandal Teaches Us 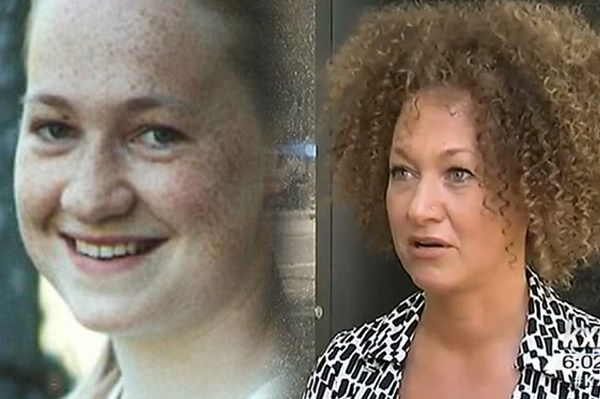 The internet was on fire on Friday, June 12, 2015. News broke that 37-year-old Rachel Dolezal is not black. She had presented herself as black, and that presentation played a role in her positions as president of the NAACP in Spokane, Washington, chair of Spokane's Office of Police Ombudsman Commission, professor in the Africana Studies Program at Eastern Washington University, former education director of the Human Rights Education Institute, and licensed diversity trainer and consultant for human rights education and inclusivity in regional schools.

Dolezal's skin is café-au-lait-colored; this shade is perhaps the product of self-tanning or other ruses. She claimed to be the daughter of dark-skinned black man, and the mother of two dark-skinned black boys. Dolezal is neither. Rachel Dolezal's parents went public with photos. In fact she is naturally peaches-and-cream complexioned, blonde-haired, and green-eyed. The two boys she tried to pass off as her sons are her adopted brothers. She was born in Montana, but not in a teepee, as she claimed. She did not have to use bows and arrows to hunt her own food. She had never been in South Africa, though she claimed she was raised there. Her parents did not discipline her with "baboon whips" similar to those used during slavery days. They did not, as she claimed, punish her for being dark-skinned.

In November 2013, after seeing Twelve Years a Slave, Dolezal posted an internet message saying, "When Patsy makes the dolls with the braided arms…it brought back memories of when I was a little girl and made the same [corn] husk dolls in the garden, only I braided their hair instead of the arms." On November 9, 2013, Dolezal posted a list of instructions for African Americans going to see "Twelve Years a Slave." "It will take a hold on you…avoid making plans for frivolous social obligations afterward…not the best film to take a white partner on a first date to…sit in the top, back row" to avoid hostility from white audience members. Dolezal tells viewers to be prepared for white people "snickering at awkward moments" and to "get pissed off at them."

Twelve Years a Slave was not the only prompt to Dolezal's racial “memories.” After Eric Garner died, she stated, awkwardly, "The strangling of Eric Garner's case reminds us of our cultural memory of the strangling through the nooses."

Dolezal had claimed herself to be the victim of numerous hate crimes. These claims stretched back at least to 2008. She said she found a noose hanging outside her home, that someone had left a "vulgar and threatening" phone message alleging that she favored dark-skinned students, that a swastika had been applied to a building where she worked, and that she received a twenty-page hate letter. Police found no evidence to support Dolezal's claims. When Dolezal was finally asked if she had placed the threatening letter in the mailbox herself, she replied, "As a mother of two black sons, I would never terrorize my children and I don't know any mother, personally who would trump up or fabricate anything that severe that would affect her kids." In March, 2015, after one allegation of a hate crime, Dolezal linked arms with African Americans and a white priest, and marched through Spokane singing "We Shall Overcome."

Rachel Dolezal is not one, isolated eccentric. She is symptomatic of much larger problems. We can learn at least six lessons from the Dolezal case.

1.) There is such a thing as black privilege. Dolezal got hired at competitive jobs and received competitive funds. Her claim to be black helped her in this. She didn't make a fortune, but she made a living. It is an open secret that claims of African American identity help job seekers and funding applicants in higher education, the non-profit sector, and some areas of government. African American college applicants receive a bonus of hundreds of points on their SAT scores. Asian Americans are penalized on their SAT scores.

It may be true that African Americans on the street or in department stores are more often suspected of crimes when they are, in fact, innocent. But this is also true -- in many academic, government, and non-profit settings, those in power lower their standards for truth when they believe their interlocutor is black. Dolezal's repeated fabricated stories of hate crimes evidence this. That mail was found in her mailbox that had not been handled by the postal service was a giveaway that she was inventing stories. Dolezal was extended a measure of trust, concern, and respect that a white person would not have received under similar circumstances.

Normal and rational limits on compassion are relaxed by those extending black privilege. Dolezal is on record as three times insisting that she suffered in the present because of slavery: when she went to see "Twelve Years a Slave," when her parents beat her, and when Eric Garner died. If a white person were to say, "I feel so sad because of the death of troops in Afghanistan because my great grandfather died in World War II," a polite person might scratch his or her head; a less polite person might demand, "Please explain how your ancestor's death affects you today." No one said that to Dolezal. That social allowance is evidence of how her narrative is privileged by others. Dolezal's suffering matters more, needs to be treated with more compassion and more seriousness, than others' suffering.

Dolezal acquired a more important, less tangible benefit from black identity. I am a teacher. Young people often say to me, "I wish I had a background like black people do … I wish I could feel proud of my country … I wish I felt that I was part of some bigger thing."

My students sound to me as if they are starving for history, meaning, and pride. They also often say to me that they feel overwhelming depression and cynicism as a result of what they are learning in school. They learn that people they had thought of as heroes were actually very bad men. Thomas Jefferson was a slave-owner, they learn. They may not learn that he wrote the Declaration of Independence, and that that is one of the most noteworthy documents in the entire history of the world. My students do not know that the ideals of the Founding Fathers, as outlined in the Declaration of Independence and the Constitution, made the enormous and heroic sacrifice of the Civil War, and the liberation of the slaves, inevitable. My students often simply do not know that their country and their ancestors, actual or national, did some good things.

My students do know about Rosa Parks and Martin Luther King. They know that many African Americans have done heroic things. They know that one must take the Civil Rights struggle seriously.

My students do know that racism is bad. The word "racist," in fact, has become a universal term of condemnation. If something is bad, it is racist. If something is racist, it is bad. When I assign a low grade to a student, I am sometimes accused of "racism" -- by Caucasian students. One Ukrainian student accused me of racism against Ukrainians. I am Polish-Slovak; we are closely related ethnicities.

It is significant that Rachel Dolezal is an artist. Viewing Dolezal's online gallery, one quickly gathers a few facts: Dolezal is a talented artist, but her talent is comparable to the talent displayed by many others. She hasn't yet developed the substance or style that might cause her to break through. Dolezal draws heavily on African Americans and Africa. One work depicts twigs placed in a tree in order to mimic the patterns of Ghanaian kente cloth. Had she not entitled the work "Kente," the viewer would see merely twigs in a tree. Victimization is a theme for Dolezal. One work, "Pariah," depicts a sad-looking African American on a subway, with a black panther gazing in the window. Perhaps one is meant to understand that racists see African Americans as wild animals, and, thus, pariahs, or outcasts. A sculpture depicts an African man in Hell. It is safe to conclude that viewers who value the suffering that African Americans have endured imbue Dolezal's art with a power and significance it would not have had she chosen white subjects for the exact same images. A white man in Hell might not garner the same response from these viewers.

2.) There is no privilege for white trash. I am fascinated by the Rachel Dolezal story because she is Czechoslovak, as am I. My mother was born in Czechoslovakia. I never learned about my Polish or Slovak ancestors in school. What I did learn, through popular culture, was that many regard all Eastern Europeans as dumb -- thus the dumb Polak joke. When researching my book "Bieganski: the Brute Polak Stereotype," I asked people this question: "You need brain surgery. You have a choice between Dr. Smith and Dr. Kowalski. Which doctor do you choose?" Peoples' eyes would open wide and their mouths would gape open. They suddenly realized that they didn't want anyone named "Kowalski" taking a scalpel to their gray matter. They suddenly realized that they are prejudiced.