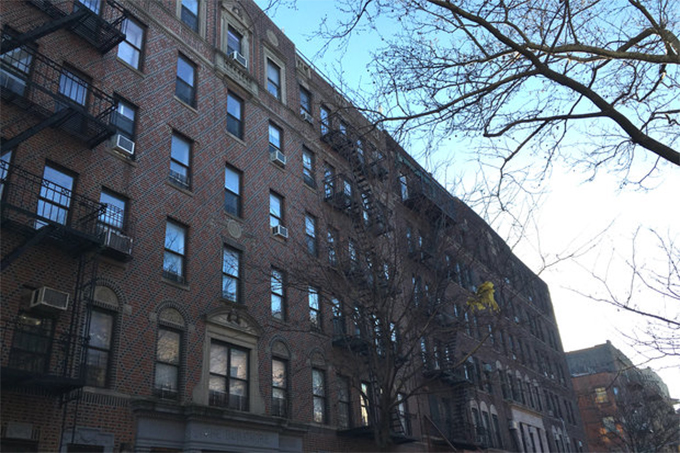 A woman berated a neighbor walking a dog near her home, shouting "'F******* white people and their dogs," before she and another woman pursued the dog owner into her building where they punched, scratched and choked her and hit her with a cane, according to police and witnesses.

A building security guard, who asked not to be named for fear of retribution, said he tried to intervene in the altercation at 166 S. Ninth St. on March 26 just before 7 p.m., but was hit in the face with a cane and got a bloody nose.

The disputed started as the 27-year-old victim was walking her dog and a woman confronted her on the street, according to police.

“Put a muzzle on that dog's face,” the woman, said according to police. "These fucking white people and their dogs.”

A longtime neighborhood resident who witnessed the argument and knew the victim, but declined to give his name for fear of retaliation, said he heard the woman shouting about how her child had been bit by a dog, though it wasn't the dog that the victim was walking.

"You only drive up the price of real estate," the woman screamed, according to the witness, moments before the assault.

The victim returned to her apartment building, but moments later when she was inside the building lobby, the assailant accompanied by another woman followed her in asking to see the super, according to police and witnesses.

"I didn't know that they were going to beat up somebody," said the security guard, who was on his first day on the job the evening of the attack. "Suddenly I heard a commotion. They grabbed the girl."

The guard described a chaotic scene where one of the women grabbed the victim by the hair while the two were punching, scratching her and hitting her with a cane. One of the woman choked her, police said.

"The big lady with the stick kept hitting and hitting," the guard said.

The guard jumped up from his post and tried to pry the woman off of the victim, he said, but got hit with the cane on his face and got a bloody nose, he said.

When he came to his senses, the guard managed to pull the women off and force them out of the building, he said. They called police who were soon at the scene, but the women had already disappeared.

Several witnesses, who declined to give their names fearing retaliation, said they recognized the two women as mother and daughter who lived on the block, but didn't know their names.

As of Wednesday, more than a week after the attack, no one had been arrested, police confirmed. An NYPD spokesman said it was "unclear" if the incident was being as investigated as a hate crime.

A man who knew the victim, said she didn't have to be taken to the hospital and that she suffered "scratches, bruises and lumps" after the attack.