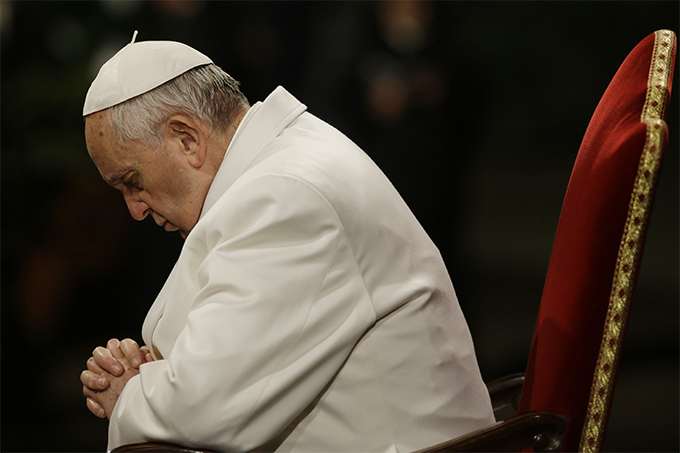 Why does Freemasonry – an organization condemned by the Catholic Church – openly support Pope Francis?

In an unprecedented development, for the first time in history, this organization, labelled by previous pontiffs as the “synagogue of Satan”, is openly welcoming and embracing the Roman Catholic Pontiff. 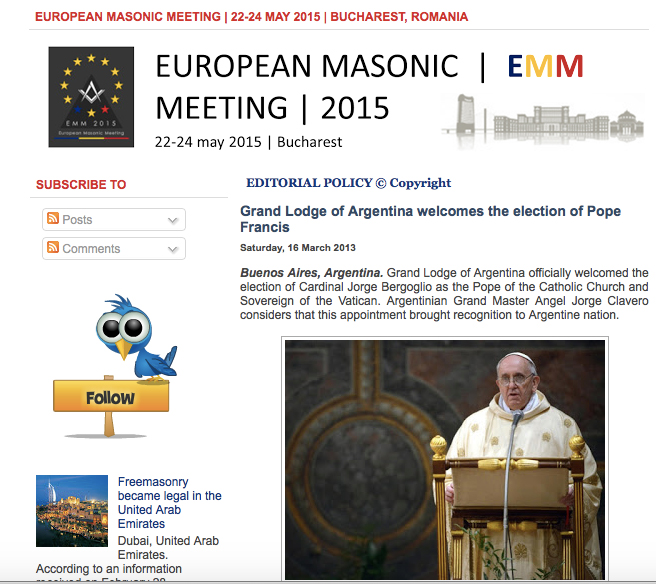 A Jubilant Welcome Upon His Election by Freemasons Around the World

Pope Francis’ election sparked an almost jubilant outpouring of support and welcome from Freemasons around the world. In fact, as reported by the Masonic Press Agency , several Grand Lodges in Latin America, Europe and Asia simultaneously welcomed the election of the new Catholic Pope – unprecedented in the history of the Catholic Church.

The Italian Freemasons congratulated him immediately the day after his election. In fact, the Grand Master of the Grand Orient of Italy expressed his joy regarding the election of Pope Francis. On March 14, 2013, the day after the pope’s inauguration, with seemingly uncanny prophetic foresight, Italian Grandmaster of Freemasonry Gustavo Raffi said that “nothing will be as it was before”:

With Pope Francis, nothing will be as it was before. It is a clear choice of fraternity for a Church of dialogue, which is not contaminated by the logic and temptations of temporal power.

A man of the poor far away from the Curia. Fraternity and the desire to dialogue were his first concrete words. Perhaps nothing in the Church will be as it was before. Our hope is that the pontificate of Francis, the Pope who ‘comes from the end of the world’ can mark the return to the Church-Word instead of the Church-Institution, promoting an open dialogue with the contemporary world, with believers and non-believers, following the springtime of Vatican II.

The Grand Lodge of Free and Accepted Masons, an institution rooted in our country since 1857, salutes the naming of our co-patriot Cardinal Jorge Bergoglio as Pope Francis. A man of austere life consecrated to his devotions, the designation of the new pontiff of the Catholic Church supposes a great recognition of the Argentine Nation…In the name of all, the Grand Lodge of Argentina greets our co-patriot Cardinal who just received such a high world distinction. 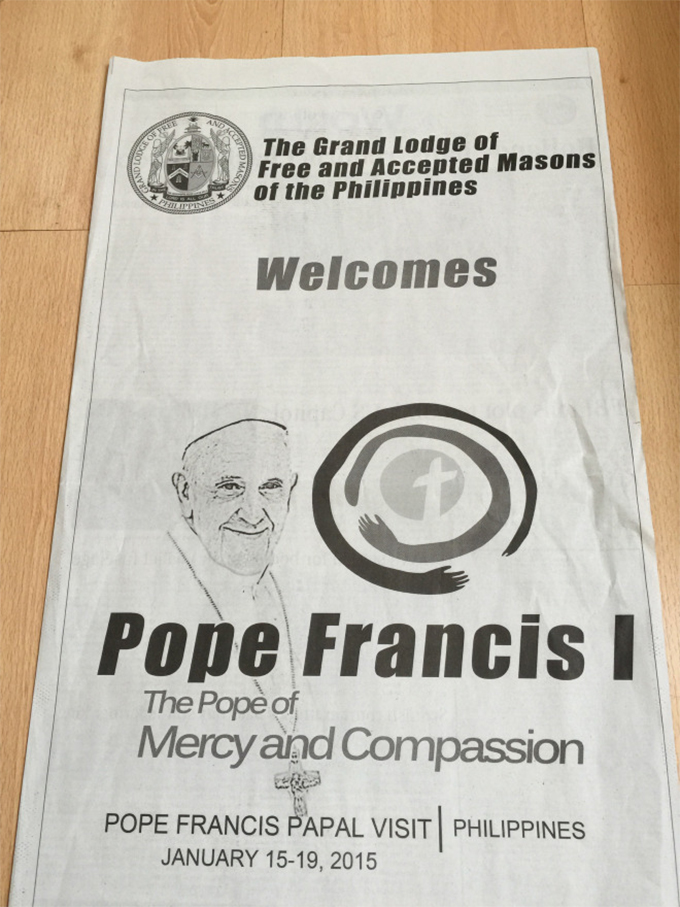 During the January trip of Pope Francis to the Philippines, among the groups who welcomed him was the Grand Lodge of Masons, who bought a full page ad in the January 16, 2015 edition of the leading newspaper in the country, the Philippine Daily Inquirer.

“The Synagogue of Satan”

It is worth reminding the reader that for the Catholic Church, membership in freemasonry means automatic excommunication. Cardinal Ratzinger (Pope Emeritus Benedict XVI), then Prefect of the Congregation for the Doctrine of the Faith, on November 26, 1983, emphasized:

The faithful who enroll in Masonic associations are in a state of grave sin and may not receive Holy Communion…. Consequently, neither the excommunication nor the other penalties envisaged have been abrogated.

Numerous popes have condemned freemasonry throughout the ages. Pope Leo XIII called freemasonry the “synagogue of Satan”. In his letter to the Italian people dated December 8, 1892, Leo XIII writes:

Let us remember that Christianity and Freemasonry are essentially incompatible, to such an extent, that to become united with one means being divorced from the other. Let us, therefore, expose Freemasonry as the enemy of God, of the Church and of our Motherland.