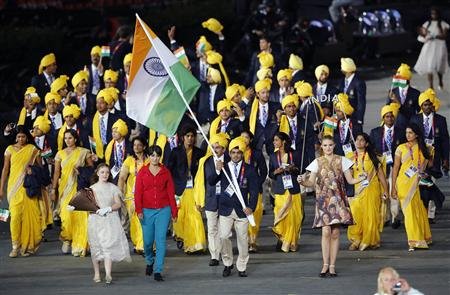 A mystery woman gatecrashed India’s athletes’ parade at the Olympic opening ceremony, Indian officials said on Sunday as they demanded answers from organizers about the apparent lack of security.

A woman in red and blue walked close to flag-bearing wrestler Sushil Kumar on Friday, in complete contrast to female members of the contingent who were wearing yellow saris and blue blazers.

"How did they allow her in? It was a security lapse. Nobody knows who she was. She looks like an Indian," Indian Olympic Association vice president Tarlochan Singh told Reuters.

"She walked along in the front line. Her dress was totally different. She was not wearing an identity card. This should have been noticed at an earlier stage but nobody bothered."

The extravagant opening ceremony, hailed around the world as a huge success, was watched by a packed 60,000 crowd in the Olympic stadium.

London Games organizers said they were looking into the possible security breach. India websites said the mystery woman was a postgraduate student from Bangalore.

Security concerns dogged the run up to the Games with the British government having to draft in thousands of troops to help guard Olympic venues after private contractor G4S said it could not supply the staff required.

"This was bizarre. We will ask for an apology," Acting Indian chef de mission PKM Raja was quoted as saying by the Times of India newspaper.

"The Indian contingent was shown for just 10 seconds and to think this lady hogged all the limelight." 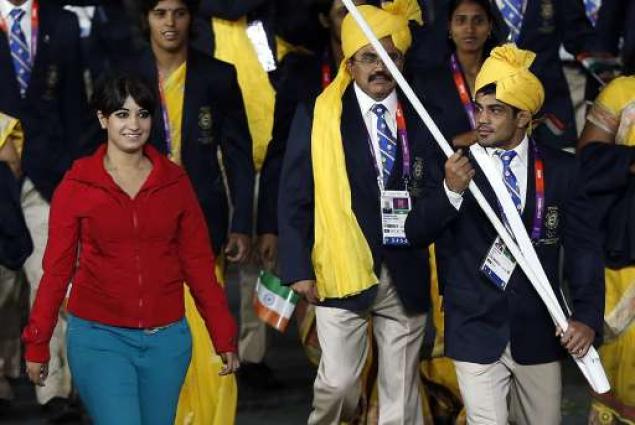 Was the woman in red a member of the opening ceremony’s volunteer cast, or does she represent a security breach?

As Pope Benedict XVI was making his way down the long aisle in St. Peter’s Basilica to give the Christmas Eve Mass (24 Dec 2009), a woman in red leaped over the barrier to get closer to him. But in doing so she lunged at him and pulled him down to the marble floor. The Pope was shaken but not injured.

Cardinal Roger Etchegaray, 87, however was hurt. He was wheeled off to hospital with a broken hip after falling during the incident. He’ll be operated on in the coming days.

A statement released by the Vatican identified the woman as Susanna Maiolo, a 25-year-old Italian Swiss national. The statement said she was not armed but shows signs of mental instability, and has since been admitted to a health facility for compulsory treatment.

Maiolo is the same woman who tried to reach Pope Benedict XVI at Midnight Mass last year. Vatican officials speaking on condition of anonymity said Maiolo was involved in a similar incident last year in which she jumped the barricade as the pope processed. In that case, however, Maiolo never managed to reach the pope and was quietly tackled to the ground by security.

In both cases she wore a red sweatshirt.

Read the full article at: copycateffect.blogspot.com