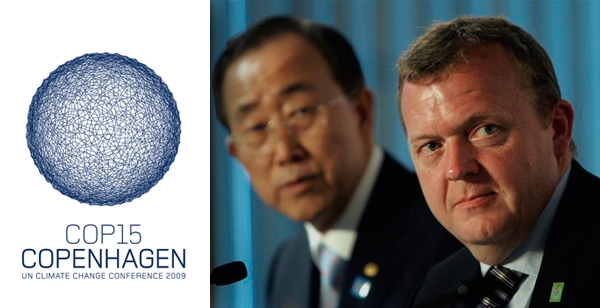 Leaders of the Commonwealth countries called Saturday for a legally binding international agreement on climate change and a global fund with billions of dollars to help poorer countries meet its mandates.

The 53-nation meeting was the largest gathering of world leaders before next month's global climate summit in Copenhagen.

The leaders said a deal should be adopted no later than next year and the support money should be available simultaneously, providing up to $10 billion a year starting in 2012.


At least 10 percent of the fund, the group said, should be dedicated to small island and low-lying coastal nations, which are at risk of catastrophic changes from global warming.

"Climate change is the predominant global challenge," the Commonwealth leaders, meeting in the twin-island Caribbean nation of Trinidad and Tobago, said in a declaration. "For some of us, it is an existential threat."

The document called for a "legally binding" agreement.

"I will leave Trinidad fully convinced that it will be possible to reach an ambitious agreement in Copenhagen," Loekke Rasmussen told reporters after the Commonwealth leaders issued their statement following a private meeting.

Some 90 countries have now agreed to attend the summit in Denmark, he said.

The Commonwealth's endorsement of a global fund comes a day after British Prime Minister Gordon Brown and French President Nicolas Sarkozy, both attending the meeting in Trinidad, also backed the idea, a sign of growing consensus on what has been a major issue to be resolved before any global climate deal.

Brown said Britain would contribute $1.3 billion over three years, but other countries have not yet specified their commitments.

The biennial meeting of the Commonwealth, made up mostly of former British colonies, attracted an unusual level of attention this year because of climate change. It brought together some of the key countries in the global debate, including India, Canada and Australia, amid debate over cutting carbon emissions and the economic effects of those cuts.

Indian Prime Minister Manmohan Singh said Friday that his country is willing to sign an ambitious global target. But he set no specific figures and insisted it be accompanied by "equitable burden sharing."

Australian Prime Minister Kevin Rudd told reporters that "progress is being made. You see as each day passes a large number of states come forward with their own national commitments."