Sep 11, 2011
Judy D. Wood is a former professor of mechanical engineering with research interests in experimental stress analysis, structural mechanics, optical methods, deformation analysis, and the materials characterization of biomaterials and composite materials. Dr. Wood started to question the events of 9/11 on that same day when what she saw and heard on television was contradictory and appeared to violate the laws of physics. Since that day she has used her knowledge of engineering mechanics to prove that the collapse of the World Trade Center twin towers could not have happened as the American public was told. She has written a lengthy book on the topic called, Where Did The Towers Go? Ten years have passed since the collapse of the World Trade Center. In this interview, we'll discuss what has changed since 9/11 and why it is taking so long to rebuild on"Ground Zero." Judy brings up evidence of directed energy weaponry used in the attack. She'll explain some of the technical specifics of how this is possible and why the information we've received is wrong. Later, we talk about strange anomalies related to the event and aftermath, including spontaneous combustion and toasted cars. In the second hour, Judy notes the positive aspect of 911. Then, she speaks more about directed energy weapons as well as how this technology could be used to create crop circles. This will bring us to the topic of free energy and open source methodology. Then, we discuss weather manipulation technology and HAARP, the High Frequency Active Auroral Research Program. Are we breaking physical laws and what will be the outcome? Today our world is run rampant with the use of cell phone towers, digital TV and wireless technology. Judy will talk about the increase of energy on the planet causing hurricanes, tornadoes and more. Also, we'll cover seismic data, earthquakes, spinning magnetic fields, ELF waves, radio frequency and the static field. Lastly, we discuss the work of John Hutchinson.

Anomalies at the WTC and the Hutchison Effect

9/11: The Towers of Dust
Burning and Burnt Cars from 9/11 and following days

Where did the Towers Go?

Where Did the Towers Go? 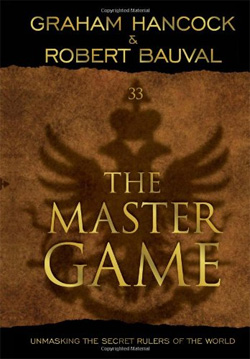