Where Did the Towers Go?

Jan 18, 2011
Judy D. Wood is a former professor of mechanical engineering with research interests in experimental stress analysis, structural mechanics, optical methods, deformation analysis, and the materials characterization of biomaterials and composite materials. She is a member of the Society for Experimental Mechanics (SEM), co-founded SEM's Biological Systems and Materials Division, and has served on the SEM Composite Materials Technical Division. Dr. Wood received her B.S. (Civil Engineering, 1981) (Structural Engineering), M.S. Engineering Mechanics (Applied Physics), 1983), and Ph.D. (Materials Engineering Science, 1992). Dr. Wood started to question the events of 9/11 on that same day when what she saw and heard on television was contradictory and appeared to violate the laws of physics. Since that day she has used her knowledge of engineering mechanics to prove that the collapse of the World Trade Center twin towers could not have happened as the American public was told. In this interview, Judy Wood talks about her book "Where Did the Towers Go?" The book is the culmination of years of work and study that she's been presenting on her website DrJudyWood.com about the destruction of the World Trade Center buildings on 9/11 2001. She has been tracking and collecting many of the anomalies witnessed on that day and found evidence for a strange effect related to the work of John Hutchison called "The Hutchison Effect". We discuss how directed-energy weapons might have been involved in destroying the towers. In our second hour with Judy Wood, we proceed to discuss more of the anomalies surrounding 9/11 and why the towers were destroyed. Were there planes involved in the destruction of the towers? If not, what happened to the hijacked planes? We address the "jumpers", the people that jumped from the towers and why many of them were missing shirts and other clothing. There have been a number of other strange effects observed and witnessed that we address. Where did all the rubble go? What is the physics behind the Hutchison Effect and how was it produced? We conclude discussing Judy's theory about the dead birds that recently fell out of the sky in many countries across the world and the strange radar data possibly showing evidence for the use of advanced energy weaponry.

Anomalies at the WTC and the Hutchison Effect

9/11: The Towers of Dust
Burning and Burnt Cars from 9/11 and following days

Where did the Towers Go? 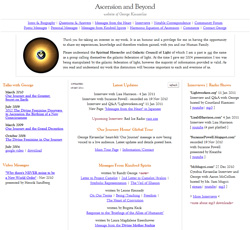