Jul 25, 2010
Susan Joy Rennison has an honors degree in physics and geophysics. She is an independent researcher and author of "Tuning the Diamonds - Electromagnetism & Spiritual Evolution". She joins us to talk about her new essay called "The Greatest Transition in the History of Mankind - The Return to Paradise" and what she calls "The New Cosmic Age". What is happening in our universe? How are we being influenced by cosmic changes and space weather? Topics Discussed: space weather, the ether, Mayan elders, cosmic energies, space environment, killer electrons, gamma-ray bursts, upgrade of the human, space-time changes, clash of two magnetic fields, plasma manifestation, HAARP, EISCAT, synesthesia, intuition, brain rewired, Daniel Tammet, evolutionary process, Norwegian spiral, plasma mythology, intelligence supervising everything in the universe, Jose Arguelles, 2012 and more. We'll go deeper into the area of the plasma phenomena in our next hour with Susan. We talk about UFO's and "plasma entities" as another form of life, which Susan says is increasing in numbers on the planet. Are our ancestors returning? We talk about organic dust, Earth lights, fire balls and the incredible number of sightings that are happening around the world. Susan talks about how strange things will get in the future as an increase of cosmic rays and cosmic radiation occurs. Planes have already been affected by cosmic radiation. So, how bad can it get? More Topics Discussed: plasma phenomena, high charged environment, atmospheric plasma, UFOs, plasma entities, SETI, charged water, organic dust, MOD, ancestors, mega fire balls, Naga Fireball Festival in Thailand, orbs, ball lightning, theological problems, space weather, fear about the phenomena, "radar angels", David Clarke, is there an ET threat?, strange electrical effects, cosmic rays and energy protection.

As the Sun Awakens, NASA Keeps a Wary Eye on Space Weather 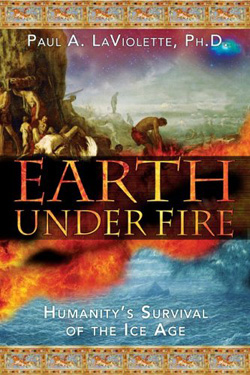