Martin Doutré was born in Altadena, California, USA, in December 1946, but was raised and had his formative education in New Zealand. He has lived "back and forth" between the US, Continental Europe and New Zealand and has been educated in each region.He first became interested in archaeo-astronomy in the 1970's and, by applying exacting surveying and measurement techniques, has made a close study of mysterious, New Zealand, pre-Polynesian structures. Was there a pre-historic civilization who had great knowledge of navigation, capable of traveling globally by sea? Were they people possibly the Celts or Vikings? Were they responsible for building the pyramids in Egypt and South America? Did they settle in New Zealand? Join us as Martin Doutré answers these questions and shares an area that has been highly suppressed both historically and within the archeological field. Martin Doutrés website is celticnz.co.nz.

Ancient surveying alignments of the Auckland Isthmus - Who were the ancient New Zealanders? 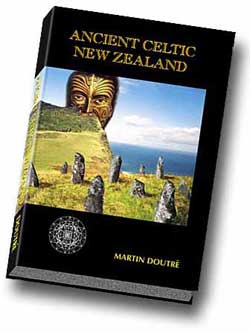