Feb 6, 2015
Carl Lehrburger is an environmental activist, renewable energy entrepreneur, researcher and author. He has studied archaeological and sacred sites in the Americas for over 25 years with a focus on the ancient peoples who came to the Americas long before Columbus. The culmination of his investigations is his book, Secrets of Ancient America, which is the topic of our discussion. Carl tells us about the true history of Columbus, one that reveals the conquistador knew exactly where he was going and what he would encounter based on a vast number of maps he possessed. He describes petroglyphs found in North America that place the Celts in New England several thousand years prior to Christ. These Ogham writings, found carved in stone on cave walls, address rituals around celestial days such Equinox and Solstice. Carl explains archaeoastronomy and diffusionism, controversial studies that have been the subject of much critique and discrediting. Then, he talks about many historical accounts that have been largely suppressed and contrived by the Archaeo Priests, evidence encoded in stone of our early European history that has been destroyed, and why the truth about our past is not being told. In the second half, we learn about the studies of famous diffusionist Thor Heyerdahl, whose most compelling work about the Americas has never been published in English. We discuss evidence of Old World groups living across North America that were wiped out by drought, and the remnants of European cultures that can be found in modern Native American tribes. Later, we consider motifs found in Native American culture that can be traced to the Indus Valley people. Further, Carl points to accounts of numerous maps uncovered in China and elsewhere that collectively prove the ancients had knowledge of the Americas and the rest of the globe, and also held superior technologies and capabilities. We end by considering evidence that humanity has in fact been in a state of decline for thousands of years.

newhistoryofamerica.net
purevisiontechnology.com
Barry Fell
A Linguistic Analysis of Some West Virginia Petroglyphs
Ogham
The Burghers of Calais
India Once Ruled the Americas!

Secrets of Ancient America: Archaeoastronomy and the Legacy of the Phoenicians, Celts, and Other Forgotten Explorers 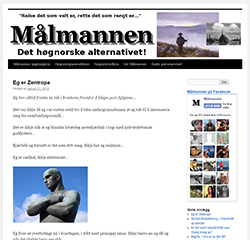