Jul 10, 2008
A gifted medical intuitive, Stewart A. Swerdlow is a clairvoyant who has the ability to see auric fields and personal archetypes as well as read DNA sequences and mind-patterns. His great-uncle, Yakov Sverdlov, was the first president of the Soviet Union, and his grandfather helped form the Communist Party in the United States in the 1930s. To ensure that his loyalties stayed with the US government, he was "recruited" for specific government mind-control experiments which enhanced his natural abilities. He spent years in service to various US and foreign government agencies and special interest groups. His mind and body were used for genetic and mind-control experiments which led to severe illness, broken relationships, and premature Kundalini activation. After several years of deep self-analysis, Stewart merged with higher levels of his multidimensional self, which saved his life. His mission is to help others heal themselves in a positive way, thus avoiding the negativity he experienced. In this program, Stewart discusses colors, archetypes, symbols, mind patterns and mind control. We talk about the externals problems we are facing and point out the solution to these problems, which can be found within you. We talk about how color, symbols and archetypes affect our minds and influence us. For the subscriber interview, we discuss his trip to France and Spain. We discuss Rennes Le Chateau, Jesus, Mary, their bloodline, Priory of Sion and the Merovingian bloodline. We also talk about the UFO sightings in the UK, Project Bluebeam, the fake alien invasion and the disappearing bees.

The Hidden Secret on Logo Colors, and How They Affect Your Customers 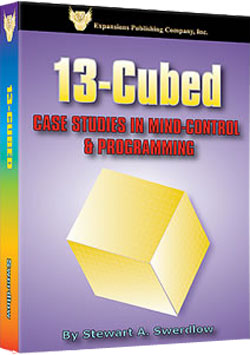