Jun 11, 2014
Vahan Setyan has been examining world mythology, language and civilizations for the last decade. He is an independent researcher and regularly collaborates with scholars and researchers in various fields including anthropology and Armenology. He continues with his collaborations with Armenologists and historians around the world to further examine, decipher and reveal most of the prehistoric elements that continue to be hidden within the Armenian highlands, the Armenian language and their revolutionary effects on human civilization and languages. He has contributed to articles on ancient mythology, ancient Armenian history and its language. He is the author of “Enigma of the Armenian Alphabet: Letters, Protons and Paradoxes,” a book that seeks to reopen a perspective into the world of antiquity and its languages, which has been generally hidden, disregarded and overlooked for more than 120 years. In this program, Vahan explains Armenia as a root for human civilization and languages. He tells about skewed studies of history and how Indo-Aryan civilization and language migrated from the Caucasus and the Armenian highlands to other parts of the world. He outlines linguistic connections to other ancient high cultures. We’ll also discuss Armenian pre-Christian traditions and what happened when monotheism arrived with violence and bloodshed. In the second hour, we speak about the neglected atrocities of the Armenian Genocide. Setyan talks about the Ottoman Empire, the Young Turks and those who were pulling the strings behind the scenes and organizing these atrocities. Is there an ancient tribal war being waged to this day? Later, we discuss how Armenia and Europe alike are facing massive problems with Islam and what needs to occur for us to reawaken to our ancient heritage. 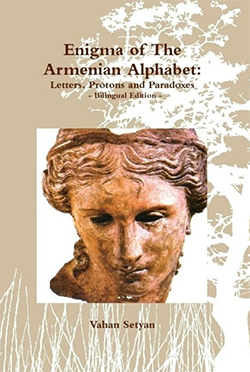