Blair Cottrell is an Australian political activist, carpenter, and the leader of The United Patriots Front.

Blair joins us to discuss his legal battles, the Islamization of Australia, antifa, and much more. But first, Blair tells us about his background, including how he came to be involved in right-wing politics. Next, we discuss the recent court decision in which Blair was found guilty of “inciting contempt for Muslims.” This leads to a consideration of Islam in Australia, which Blair tells us is growing at an alarming rate. The show explores many other topics, including Australian antifa and Blair’s thoughts on the American Alt-Right. 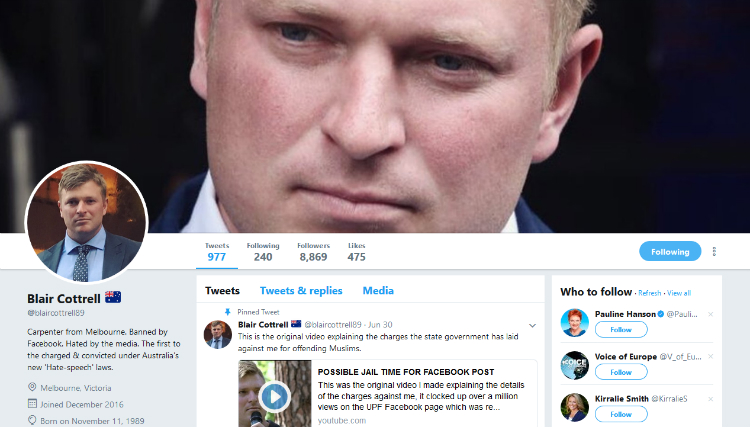