Behind The Green Curtain

Jun 19, 2012
From Colorado, Dr Eric Karlstrom is a professor of geography at California State University. In addition to teaching physical and environmental geography courses (Geomorphology, Climatology, Introduction to Physical Geography, Human Ecology), he has also taught courses cross-listed with the Geology department (Geology/Geography of Soils, Physical and Environmental Geology), and an honors course (State of the World: The Environmental Perspective). Throughout his career, Dr. Karlstrom has continued his research program in field and laboratory analyses of soils and geomorphology as means of reconstructing Quaternary paleoclimates. Eric joins us to discuss natural climate change vs. climate change propaganda, Maurice Strong, the UN and the dark side of the green movement. In the second hour, Dr. Eric Karlstrom continues to discuss what's behind the "green curtain." Is it possible for mankind to change the climate? What would happen if the temperature increased? Karlstrom shares his vision of a future global green dictatorship and tells how a new religion is being born from climate change propaganda, despite IPCC frauds and Climate Gate. Later, we talk about social engineering, Agenda 21 and what outcomes might arise from the upcoming Earth Summit in Rio, which is taking place exactly 20 years after the first meeting. Eric discusses the influence of Maurice Strong and the United Nations. Today we hear terms such as "smart growth", "smart grid" and "smart meters" but what will a centralized system based on instantaneous monitoring and regulation look like? At the end, Eric talks about the "Report from Iron Mountain." We also discuss his article series, "Is Crestone/Baca the "Vatican City" of the New World Order?" 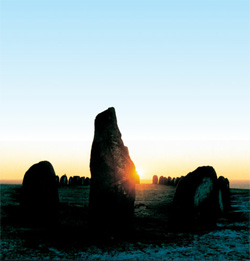