Breaking All the Rules: Totalitarian Collectivism

Jan 10, 2014
Sartre is the pen name of James Hall, a reformed, former political operative. Educated in the Liberal Arts with formal instruction in History, Philosophy and Political Science, has served as training for, on the staff of several politicians and in many campaigns. He has written columns for many popular political websites, including his own called Breaking All The Rules, which he describes as "genuine paleo conservative populism you can trust." In the first hour, we'll discuss the loss of civil liberties as we live under new feudalism. James also discusses the human condition and how natural law is no longer being adhered to. Government destroys natural rights and denies humanity's inherent autonomy and sovereignty. We'll also talk about the Articles of Confederation and the Declaration of Independence, which James says is the greatest document in America. Then, James talks about the legal system and how lawyers do not understand or support the US constitution. In the second hour, we begin discussing the issue of unpaid debt, which is a fundamental issue the elitists use to keep the current scheme going. Hall talks about how unreasonable situations continue to get worse intentionally. We'll also talk about collectivism, egalitarianism as a religion and political correctness. Later, we talk about what we can do to stop this current system and the effectiveness of civil disobedience.

batr.org
batr.net
Totalitarian Collectivism
Corporate personhood
Special drawing rights
Bank for International Settlements
US Tax Dollars at War: More Than 53% of US Tax Payment Goes to the Military
The New Totalitarianism: How American Corporations Have Made America Like the Soviet Union 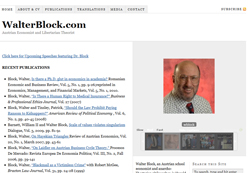