Catastrophobia, The Archons & Neptune in Pisces

Mar 1, 2012
Barbara Hand Clow majored in philosophy at Seattle University, behavioral psychology at the University of Washington and then began extensive reading and study of Reichian, Freudian and Jungian Psychology. She began her study and practice of astrology in 1969. In 1980 Barbara and her husband Gerry co-founded Bear & Company Publishers. In 1982-83, she earned a Master's degree in theology and healing. Her thesis compared Jungian psychoanalytic technique and past life regression therapy. Barbara is an international lecturer, workshop teacher and writer. She returns to Red Ice to discuss Awakening the Planetary Mind. She'll explain how we are on the cusp of an age of incredible creative growth made possible by restoring our lost prehistory. Through tracing humanity's reemergence after prehistoric catastrophes, Clow explains how these events in the deep past influence our consciousness today. She says we are beginning a collective healing as ancient memories of prehistory awaken in our minds and release our unprocessed fear. In the second hour, Barbara expands on the nine dimensions of consciousness. She elaborates on the sixth dimension as she feels that is where humanity is consciously heading. The sixth dimension is the place where thoughts change the collective. As a collective, Barbara says the desire for remembering who we are is becoming stronger. She'll talk about the collective depression and creation of reality. Then, we move on to talk about Neptune in Pisces. During the next 14 years, we can expect an explosion of mystical consciousness. Barbara talks about what that means and how we can use it. We'll briefly talk about what happened during the last transit in 1847. The hour ends on the topic of the stargate conspiracy and the creation of a new religion. 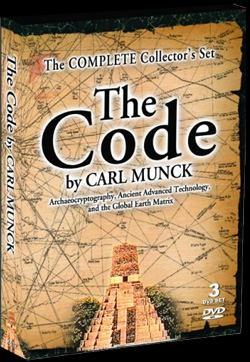