Nov 13, 2009
Scott Tips received his Bachelor of Arts degree, magna cum laude, from the University of California at Los Angeles in 1976, studied at the Sorbonne (Paris I) from 1976-1977, and obtained his Juris Doctorate degree from the University of California, Berkeley School of Law (Boalt Hall) in 1980, where he was the Managing Editor of the California Law Review. A California-licensed attorney, he was admitted to the California Bar in 1980 and has specialized in food-and-drug law and trademark law, but also engages in business litigation, general business law, and nonprofit organizations, with an international clientele. Since 1989, Mr. Tips has been the General Counsel for the National Health Federation, the World's oldest health-freedom organization for consumers. In 2007, Mr. Tips became NHF President, and has been a speaker for the organization on several continents. A legal columnist, he writes a monthly column for Whole Foods Magazine called "Legal Tips," a column he started in 1984. Currently, Mr. Tips is occupying much of his time with health-freedom issues involving the Codex Alimentarius Commission and its and other attempts to limit individual freedom of choice in health matters. In that capacity, he has recently compiled, edited, and published a book on the subject entitled Codex Alimentarius - Global Food Imperialism. Scott returns to Red Ice to share his latest developments. Topics: nutrition guidelines, CCNFSU, hosting in Germany, vitamin labeling, FAO, WHO, vitamin C, fluoride, NRV's, EFSA, the document, nutrient reference values, the propaganda machine, natural therapies, vitamins and minerals, can one get too much vitamins, natural vitamins, brazil nuts, magnesium, selenium, organically grown food, pharmaceutical companies, disease, regulations, safety, bureaucratic stranglehold, free choice, CRN, swine flu vaccination and much more. 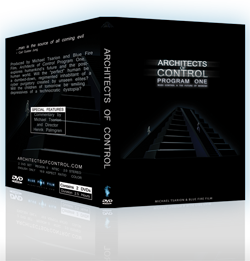