Mar 15, 2009
Scott Tips received his Bachelor of Arts degree, magna cum laude, from the University of California at Los Angeles in 1976, studied at the Sorbonne (Paris I) from 1976-1977, and obtained his Juris Doctorate degree from the University of California, Berkeley School of Law (Boalt Hall) in 1980, where he was the Managing Editor of the California Law Review. A California-licensed attorney, he was admitted to the California Bar in 1980 and has specialized in food-and-drug law and trademark law, but also engages in business litigation, general business law, and nonprofit organizations, with an international clientele. Since 1989, Mr. Tips has been the General Counsel for the National Health Federation, the World's oldest health-freedom organization for consumers. In 2007, Mr. Tips became NHF President, and has been a speaker for the organization on several continents. He joins us to discuss Codex Alimentarius and the Codex Commission. Scott tells us how the process of Codex is being implemented, the mechanics of the commission, how their meetings are being held and how decisions are being made. Topics Discussed: international food standards, food trade, WHO, FLA, laws, international law, propositions, standardization, the limiting of people's health freedom, GMO, vitamins, consequences of the implementation, the power of the European Commission. Don't miss this interesting program that will explain how the Codex Commission functions and how the freedom to make decisions over our own health is diminishing in a step by step process. 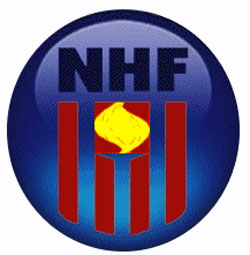