Colonization, Mayflower and Fertility Rites & The Templars, The Maya, The Vatican

Feb 25, 2007
Alan Watt discusses topics such as: the Mayflower, Mayday, the Illuminati birthday, Labor Day, fertility rites, Easter, the Playboy bunny, regeneration, the maypole and awakening the Spring. We also talk about the Pilgrims, Puritans, Cathars, Mennonites and the Amish. The first hour ends, talking about Saturn, the legal system and the use of the black robe and the wig in court. In hour two, Alan Watt talks about the colonization of the Americas. He shares his belief that different cultures visited America long before Christopher Columbus officially discovered the continent. He also talks about the conquistadors Pizzaro and Cortez and their encounters with the Maya, Aztec and Inca Civilizations. Furthermore, the consequent collapse of the South American empires, the gold that was stolen and the anticipation of a white man (Quetzalcoatl) returning. Alan says there is a possibility that history is "scripture", a "game plan" that is being played out. In South America, is it possible that someone planted the myths that later became their religion? What is the connection between the Vatican and the Templars? Did the conquistadors really burn all the Mayan scriptures or did they keep them? Did the Templars or a pre-Templar organization construct the pyramids in South America? 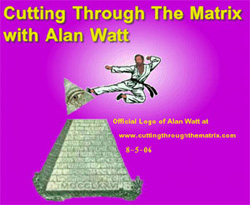