Feb 21, 2013
Thomas Horn is an internationally recognized lecturer, radio host and bestselling author of several books including his newest books, Petrus Romanus: The Final Pope Is Here. He returns to Red Ice to discuss the recent abdication of Pope Benedict the 16th and the prophecy of the final pope, "Peter the Roman," whose reign would end in the destruction of Rome. The pope of lists from St. Malachy's heralds the beginning of "great apostasy" followed by "great tribulation" sets the stage for the imminent unfolding of apocalyptic events. According to this prophecy, the next pope will be a false prophet who leads the world's religious communities into embracing a political leader known as Antichrist. We’ll discuss the reformation of the Catholic Church and how, whoever seats the throne of the papacy, might take a more active part in the disclosure of the reality of extra-terrestrial life. In the member’s hour, we discuss UFO sightings, Rome, Astrotheology and who ET’s really are. Will it be as Arthur C. Clarke portrayed in Childhood's End where ET’s will be part of the cleanup crew to save us and restore order after disastrous events have occurred? If so, how participatory is the Vatican is in this potential plan? Are they passive onlookers, or are their intricately involved in the planning and revealing of the post ET world?

Petrus Romanus: The Final Pope & Vatican LuciferiansApollyon Rising 2012 & The Return of The GodsNephilim Stargates: The Year 2012 and the Return of the WatchersUFO Disclosure & the Nephilim 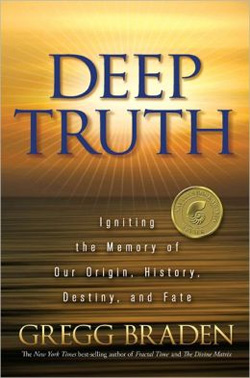