May 22, 2012
Thomas Horn is an internationally recognized lecturer, radio host and bestselling author of several books including his newest books, Petrus Romanus: The Final Pope Is Here. He is a well-known columnist who has been interviewed by US Congressmen and Senators on his findings as well as featured repeatedly in major media. Thomas received the highest degree honorary doctorate bestowed in 2007 from legendary professor Dr. I.D.E. Thomas for his research into ancient history. He returns to Red Ice to discuss Petrus Romanus. For more than 800 years scholars have pointed to the dark augury having to do with "the last Pope." The prophecy, taken from St. Malachy's "Prophecy of the Popes," is among a list of verses predicting each of the Roman Catholic popes from Pope Celestine II to the final pope, "Peter the Roman," whose reign would end in the destruction of Rome. St. Malachy's list heralds the beginning of "great apostasy" followed by "great tribulation" sets the stage for the imminent unfolding of apocalyptic events. According to this prophecy, the next Pope will be a false prophet who leads the world's religious communities into embracing a political leader known as Antichrist. In the second hour, Tom speaks about Vatican luciferians and what role they play in the prophecy of the popes. He talks about the secret of Malachi Martin and the enthronement of Lucifer at the Vatican. We also discuss Albert Pike and satanic ritual. Tom says nothing in all his years comes close to the importance of what he is talking about today. Something strange and troubling is going on. Later, we talk about the next pope, Peter the Roman who fulfils the prophecy and Nostradamus' prediction of a young black pope.

Papal Resignation, Petrus Romanus & Exo VaticanaApollyon Rising 2012 & The Return of The GodsNephilim Stargates: The Year 2012 and the Return of the WatchersUFO Disclosure & the Nephilim

The Book of Eli OST - Amen 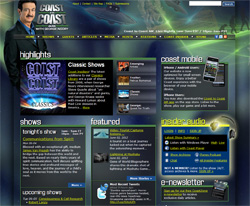