Apollyon Rising 2012 & The Return of The Gods

Dec 20, 2011
Tom Horn is an author, researcher and co-host of the radio show Raiders Live! News Talk Radio. Raiders News Update reports have been referred to by writers of the L.A. Times Syndicate, MSNBC, Christianity Today, World Net Daily, White House Correspondents and dozens of newsmagazines and press agencies around the globe. Tom will discuss his book Apollyon Rising. He'll share the secrets of the true Lost Symbol (what Dan Brown was looking for and did not find), the forbidden knowledge of the Vatican and Washington DC, and the two-hundred year old cipher hidden in plain site at the Capitol Dome and on the Great Seal of the United States. He'll explain how 2012 connects to an ancient cosmic conspiracy. 2012 is an important year not only to the founders of America but for various cultures on the planet. Then, we talk about the final pope, the messiah's arrival and the anti-Christ. We discuss Malachi Martin's testimony of Freemasonic and Satanic ties to the Catholic Church and how Vatican insiders are in the know about the anti-Christ and 2012. In the second hour, Tom speaks more about Malachi Martin's knowledge of Freemasonic and Satanic activity in the Vatican. Tom talks about how the false prophet, Pope Petrus Romanus will give rise to the anti-Christ. We'll discuss the awareness behind the design and layout of the Great Seal and the art inside the Capitol Dome. We discuss the Masonic knowledge of the prophecy concerning the return of the gods in 2012. There is a hidden occult hand committed to fulfilling a prophecy and guiding us toward a secret destiny. We'll talk about the Masonic desire to resurrect Osiris and birth a new breed. This is when a prophecy encoded on the Great Seal about the return of Osiris/Apollo may be fulfilled, and a new pagan age begins. Tom says it's as though we're following or repeating the story of the Watchers.

Apollyon Rising 2012: The Lost Symbol Found and the Final Mystery of the Great Seal Revealed
Nephilim Stargates: The Year 2012 and the Return of the Watchers 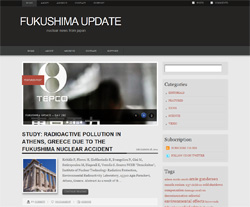