Confessions of an Rx Drug Pusher

Jul 17, 2015
Gwen Olsen is the author of the award-winning book, "Confessions of an Rx Drug Pusher." A fifteen-year-veteran pharmaceutical rep, Gwen worked for McNeil Pharmaceutical, Syntex Laboratories, Bristol-Myers Squibb and others. She was a hospital rep and specialist rep for the majority of her career, selling prescription drugs to doctors. Gwen joins us to share her unique industry insider’s perspective of the current US drug problem. She gives details about her awakening process that began with the realization that the information she was disseminating to doctors was extremely skewed, and later was ignited through a family member’s heartbreaking journey of becoming a mental health patient. She explains her role as a marketing tool for Pharma, where successful drug sales are calculated through doctor profiling and often encouraged with extravagant perks to prescribing physicians. We discuss the corruption and money making interests of the rapidly expanding 300 billion dollar global pharmaceutical market, and Gwen breaks down the greatly slanted process of FDA drug approval. We also consider the propensity for psychoactive drugs to exacerbate symptoms and the collective refusal by doctors to identify causal relationships with long-term use of these mind altering chemicals. In the member segment, we zoom out to the big picture of widespread pharmaceutical use amongst American consumers. We weigh up the superficially created problem of escalating mental illness and the social control mechanism of medicalizing normal emotional states. Gwen speaks to the role educators have assumed in encouraging parents to medicate their children, and the mandatory vaccinations that has taken hold in California. Later, we talk about the minimalized correlation of psychotropic drugs and mass shootings, along with telltale signs that some of these deranged killers are subjects of trauma-based mind control. 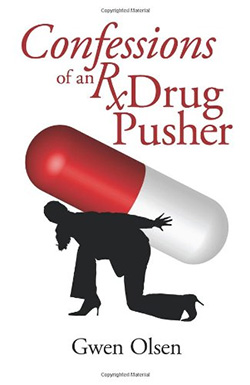