Oct 1, 2009
International award-winning filmmaker Kevin P. Miller joins us to talk about his new film "Generation Rx". Generation RX, "began 18 years ago when I saw a video of people testifying before the FDA in 1991 about Prozac,” according to Miller. “I was so moved by their personal stories, the horror of what they shared. I knew then that someday I would produce a film like Generation RX.” Miller points out that “for decades, scores of doctors, government officials, journalists, and others have extolled the benefits of Ritalin, antidepressants, and other psychiatric medicines for children and adults.” Generation RX presents “the rest of the story,” and questions how the next generation will fare if the reckless use of these powerful drugs continues unabated. In this program, we talk about the drugging of our children with SSRI drugs, "happy pills", psychotropic drugs, antidepressants and the effects these have on the developing brain. Kevin talks about the consequences of going on various medications. Topics Discussed: ADHD, Kurt Vonnegut, psychiatric illnesses, speed, pharmaceutical companies, CHAAD, doctors indoctrinated, vaccinations, diet and health, natural remedies, the curriculum, regulations, Baxter International, H1N1, petrochemical companies, anti- depressants, SSRI's (Selective Serotonin Reuptake Inhibitor), chemical imbalance, what happens to the brain, brain development, brain shrinkage, memory slipping, muted emotions, anti-psychotic drugs, relationship to depression, solutions, omega 3 fatty acids, DSM Panel, psychiatry and psychology, talk therapy, Henry Miller, truth and much more. In our members section, Kevin P Miller talks about the link between school shootings and psychotropic drugs. Why are kids becoming so violent? We discuss re-wiring the brain with psychotropic drugs. Then, Kevin discusses chemical balance and imbalance. Kevin also talks about the corruption in the FDA, Eli Lilly and government people on the payroll of pharmaceutical companies. Later, we talk about international banking and the rise of the world government in unison with the chemical and supplemental control of the population as well as the mainstream media’s role in this agenda. Topics Discussed: school shootings, violence, re-wiring brains, kids hurting and killing their parents, chemical balance, a world upside down, Zoloft, murders, suicides, Columbine, Virginia Tech, Omaha Mall, Germany, Finland, FDA, Eli Lilly, Bob Temple, Michael R Tailor, government swine flu advisor on vaccine maker’s payroll, mainstream media, BBC, 60 Minutes, PBS, cease power, C6, WTO, We Become Silent, Ron Paul and much more.

Prozac is linked to child suicide in US 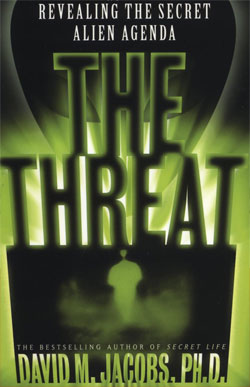