May 19, 2011
John Taylor Gatto was born in Monongahela, Pennsylvania. He attended public schools and a private Catholic boarding. Later, he did undergraduate work at Cornell, the University of Pittsburgh, and Columbia and then served in the U.S. Army medical corps. Following army service he did graduate work at the City University of New York, Hunter College, Yeshiva, the University of California, and Cornell. After college, Mr. Gatto worked as a scriptwriter in the film business, was an advertising writer, a taxi driver, a jewelry designer, an ASCAP songwriter, and a hotdog vendor before becoming a schoolteacher. He climaxed his teaching career as New York State Teacher of the Year after being named New York City Teacher of the Year on three occasions. He quit teaching on the OP ED page of the Wall Street Journal in 1991 while still New York State Teacher of the Year, claiming that he was no longer willing to hurt children. Later that year he was the subject of a show at Carnegie Hall called "An Evening With John Taylor Gatto," which launched a career of public speaking in the area of school reform, which has taken Gatto over a million and a half miles in all fifty states and seven foreign countries. John discuss the school system both past and present, social engineering, and the dumbing down of our children. In the second hour John and Henrik begin talking about camera surveillance and privacy invasion in school. Now days, the mind is open for inspection. School is not for everyone and John will talk about the "hot house" of social dynamics that occur for children at school and why concentration is not possible in that environment. He talks about school as a laboratory, a place that divides people and places them in the social order. Then, the topic of home school comes up. John shares an inspiring story of a farmer in Canada who allowed his daughters to teach themselves at home. It is a story of a life led respecting and trusting children. John talks about the path of freedom, of respect for our children, of trust in them and belief in their ability to regulate and educate themselves. He says, children have it in them to design their own future and we can see what is possible when the school scam stops working. He gives examples in history of young children and teens that have risen to incredible heights without schooling, as well as successful adults today without college degrees. John suggests that we should think of teachers as associates, rather than judges. He also talks about the redundancy in studying subject areas which only lead to memorizing facts and becomes pointless. Rather we should, as they did in old times, teach children the art of reasoning and rhetoric so that they may be able to understand for themselves and critically argue and think on their own.

The Shocking Truth About Public Schools

Interview with John Taylor Gatto from 2003

Psychiatry and the Schools: Mental Hygiene in the 21 st Century

Detroit schools offer class in how to work at Walmart

We approach others’ children at our peril

Weapons of Mass Instruction: A Schoolteacher's Journey through the Dark World of Compulsory Schooling

Dumbing Us Down: The Hidden Curriculum of Compulsory Schooling

For the Sake of Our Children by Léandre Bergeron

The Underground History of American Education: A School Teacher's Intimate Investigation Into the Problem of Modern Schooling

A Different Kind of Teacher: Solving the Crisis of American Schooling

The Exhausted School: Bending the Bars of Traditional Education 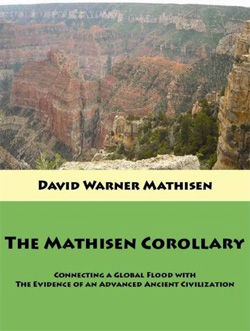