Apr 7, 2014
John B. Wells is the host of the radio show, Caravan to Midnight. He is an actor, musician, writer, investigative journalist, composer, martial artist, aviator and broadcaster. John also performed weekend duties as the host of the nationally syndicated overnight radio show Coast to Coast AM. We’ll begin the hour with John discussing his recent exit from Coast to Coast AM and monster corporate media outlets such as Clear Channel. For some radio programs, the only thing safe to talk about is that which can’t be proven. John talks about how information is being used as a weapon. Then, we’ll talk about how patriotic, pro-US Constitution Americans are being marked as a threat while the nation tumbles into the ultimate sacrifice for the “common good.” John explains how globalists are making the world into one giant country for nefarious reasons. Later, we discuss how mainstream media, although tanking in numbers and credibility with the public, is still able to stay on. In the second hour, John shares his views on Russia and Putin. Is Putin possibly seeking revenge for Wall Street bankers who funded the Bolshevik Revolution that killed millions of Russians? We’ll also talk about the mysterious Obama who has many names. Is his father the communist activist Frank Marshall Davis? Later, we discuss how the powers that be need division between the races and continue to use slavery as a weapon.

The Police State & Reconnecting with Your True Self

Tangerine Dream - On the Spur of the Moment 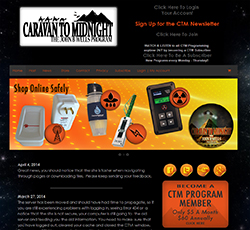