The Police State & Reconnecting with Your True Self

Jun 3, 2012
John B. Wells is the Saturday night host of Coast to Coast AM, the most-listened-to overnight radio program in North America. He is a veteran radio host and voice actor with credits ranging from radio stations and TV shows, to movies and advertisements, on all seven continents. Actor, musician, writer, composer, martial artist, aviator and broadcaster, Wells finds the ancient sage advice of "concentrating on just one thing" to be true. His one thing: the Arts. In the first hour, John talks about the quality of the time. We'll discuss mob mentality, media brainwashing, false messages of hope and equality. Then, Wells talks about the police state as police are becoming more brutal, protestors are being silenced and weapons are becoming more advanced. Many fear the FEMA camps are about something more. What is the future of America? Later, John mentions why we need to be disciplined to not worry about tomorrow and remain appreciative for life. In the second hour, John comments on the American presidential election, China, the Middle East and American's involvement in foreign matters. We'll discuss how American is being used by the banksters to further a sinister agenda. We'll also talk about the Eurozone as a New World Order test. The groundwork is being laid for a cashless society, of which Sweden has been the trendsetter. Propaganda is being spread that only criminals and terrorists carry cash. Then, John discusses the importance of remembering who we are. Where the spirit goes, the mind follows. He talks about controlling our thoughts as we can be the turning tide against tyranny. We wrap up on the Fukushima disaster.

coasttocoastam.com
caravantomidnight.com
Individual
Individual
Sweden a Trendsetter for Global Tyranny - As Sweden Goes, So Goes the World: The Beginning of the End of Cash
'Uranium-eating' bacteria to clean-up radioactive sites 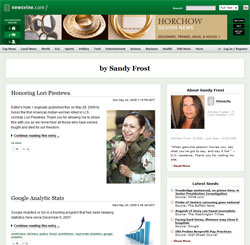