Oct 10, 2014
Veronica K. Clark specializes in World War II and military history. She has two associate degrees, one of which is in Diesel Mechanics Technology and she completed one year of doctoral studies in Organizational Psychology. Veronica founded Vera Icona Publishers in 2011. She is the originator of both the 'Warwolves of the Iron Cross' (Wehrwolf) and 'Powerwolf Publications' series as well as the author of the popular book "Black Nazis." Her next book, "Warwolves of the Iron Cross: Black Wolf, White Reich (Volume II)" is scheduled for release. This will be her most comprehensive book on National Socialism race theory/race relations to date. She’ll address common myths surrounding the National Socialists such as the Reichstag fire being a German false flag attack, or that Jews funded Nazis, or that Nazis run the US government today. Veronica also addresses the lie of Nazi obsession with racial purity. She’ll speak about Nazi Germany’s relationship with minorities and foreigners, including black Nazis. In the member’s hour, we continue discussing Nazi myths, such as the claim that fluoride was used in concentration camps. Veronica also details what happened with Poland. She’ll also talk about the false claim of an extermination plan for Slavs or that the Germans viewed them as less than. Then, we’ll hear about Hitler’s attempts to find a home for the Jews. She’ll talk about what she thinks the war was really about. Veronica explains Hitler’s relationship with Stalin, communist activities and the myth of Britain’s innocence in the “good war.” Later, she speaks about why Nazis were against Freemasonry. Veronica elaborates on what Freemasonry began as and what it is now. She explains why National Socialism and Fascism are the nemesis of the Jews. At the end, she shares her sources and talks about the challenges with presenting these truths. 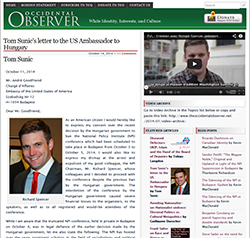