DMT: The Spirit Molecule, Inner Paths to Outer Space & The Soul of Prophecy

Sep 9, 2010
Rick Strassman MD performed the first human studies with psychedelic drugs in the US in over 20 years. His research involved the powerful naturally-occurring compound, DMT – N,N-dimethyltryptamine. Led to this substance through his earlier study of the pineal gland as a potential biological locus for spiritual experiences, he administered several hundred doses to DMT to approximately 60 volunteers. He wrote about this research in the popular book, DMT – The Spirit Molecule. With three distinguished collaborators, he co-authored Inner Paths to Outer Space, which looks more carefully at the common "other worlds" experience volunteers typical of the DMT effect. Since 1996, Dr. Strassman has been exploring models for the DMT effect, and has focused primarily on the Old Testament concept of prophecy. The prophetic model deals directly with ethical and moral concerns, adding a crucial element to our ability to understand and integrate the content of the psychedelic experience. He is developing these ideas in his next book, The Soul of Prophecy, due in 2011. Dr. Strassman is currently Clinical Associate Professor of Psychiatry at the University of New Mexico School of Medicine. He is also resident and co-founder of the Cottonwood Research Foundation, which is dedicated to consciousness research. In this interview, we discuss consciousness, the brain, the spirit world, the pineal gland, DMT (Dimethyltryptamine) and near death experiences with Rick Strassman. Topics Discussed: the pineal gland, psychiatry, melatonin, psychopharmacology, DMT (Dimethyltryptamine), psychoactive substances, natural occurring DMT in the body, volunteers, J. C. Callaway, Dr. Stephen Szára, the spirit molecule, anthropologist Jeremy Narby, experiences on DMT, encounters, entities, near death experience, God Helmet, Michael Persinger, space time, the third eye, pine cone, speaking plants, South American Natives and more. In the next hour with Rick, we discuss visionary experiences on DMT and spiritual journeys. We also talk about the positive and negative effects with this compound and the link, if any, to schizophrenia. We move into the areas of theology and religion to try to understand prophecy and visions. Is seeing angels, demons and aliens related to DMT. Rick talks about the soul of prophecy and the Old Testament characters, their visions and prophecies and he compares them to other examples like the Oracle at Delphi. Topics Discussed: visionary experiences of DMT, spiritual experiences, schizophrenia, the spirit world, explanation for spiritual experience, visions, alien experiences, Zen Buddism, psychology, contemporary physics, dark matter, the Bible, Judaism, Hebrew, psychedelics and prophecy, defining prophecy, Terrence McKenna, is humanity being guided, manna, brain chemistry, Oracle at Delphi, reality, Zohar, Kabbalha and more.

Inner Paths to Outer Space: Journeys to Alien Worlds through Psychedelics and Other Spiritual Technologies 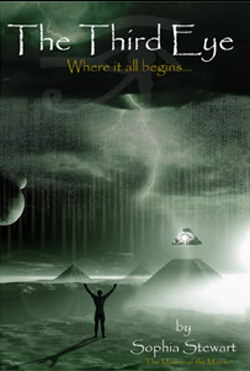