Sep 12, 2010
Mitch Schultz is the producer and director of the film "The Spirit Molecule", based on the work of Rick Strassman. Mitch has previously worked with Ghost Robot, Synthetic Pictures and others. He has a Bachelor of Science in Radio-Television-Film from the University of Texas at Austin and a Master of Professional Studies from Tisch School of the Arts’ Maurice Kanbar Institute of Film, Television, & New Media at New York University. In this interview, we talk about the material, research and development of ”The Spirit Molecule”. The film condenses over 80 hours of interview footage with cutting edge computer generated imagery to capture critical elements of the DMT experience. Topics Discussed: Mitch’s experience, near death experiences, visual representation of the experience, the film Renegade or Blueberry from 2004, Matt Ehling, the alien phenomena, psychedelics, LSD, DMT, is the drug for everybody?, molecular structure, spiritual compound, chemistry, the war on drugs, illegal drugs, the brain, ayahuasca, hallucinogenic experiences, DMT volunteers, Huston Smith, ayahuasca, music and audio, Earth Rise Sound System and more.

Inner Paths to Outer Space: Journeys to Alien Worlds through Psychedelics and Other Spiritual Technologies 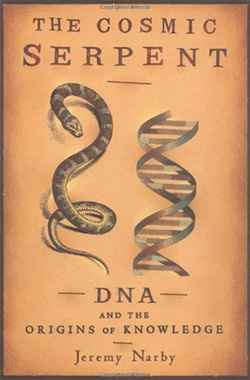