Doomsday Food & The Business of Eugenics

William Engdahl is an award-winning geopolitical analyst, strategic risk consultant, author, professor and lecturer. He has been researching and writing about the world political scene for more than thirty years. His various books on geopolitics have been translated into 14 foreign languages. After earning a degree in politics from Princeton University, and graduate study in comparative economics at Stockholm University, he worked as an economist and investigative freelance journalist in New York and Europe. In this program, we discuss William's book Seeds of Destruction in which he outlines the dark agenda to take control of the global food supply. He'll talk about who the players are and how they have created the green movement to get the job done. Before Monsanto and Syngenta were formed, the Rockefeller Foundation together with The Ford Foundation and DuPont/Pioneer were instrumental in turning agriculture into agribusiness. The latest move in their plan has been to set up the Global Seed Vault in Svalbard, also known as the Doomsday Vault. Engdahl explains how philanthropists like Bill & Melinda Gates and Warren Buffet have been involved in donating large amounts of money to this project. Do they know something we don't? Finally William connects the dots between depopulation, eugenics and the conspiracy to control the world's food production.

Full Spectrum Dominance: Totalitarian Democracy in the New World Order
A Century of War: Anglo-American Oil Politics and the New World Order
Gods of Money: Wall Street and the Death of the American Century
Seeds of Destruction: The Hidden Agenda of Genetic Manipulation 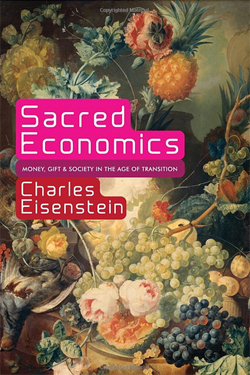