William Engdahl is an award-winning geopolitical analyst, strategic risk consultant, author, professor and lecturer. He has been researching and writing about the world political scene for more than thirty years. His various books on geopolitics - the interaction between international power politics, economics and geography - have been translated into 14 foreign languages. Born in Minnesota, William Engdahl grew up in Texas. After earning a degree in politics from Princeton University, and graduate study in comparative economics at Stockholm University, he worked as an economist and investigative freelance journalist in New York and Europe. William will discuss the serious situation in Syria and the underlying reasons behind the expansion of the empire into yet another Middle Eastern country. He explains how a radicalized version of Islam has been created and used to manage the war on terror. Engdahl describes the dire situation in Europe, with mass immigration and radicalized Islam, causing much conflict and internal struggle. Finally, he outlines the bigger geopolitical chessboard and where he sees the pieces moving if a greater strike on Syria is initiated.

Full Spectrum Dominance: Totalitarian Democracy in the New World Order
A Century of War: Anglo-American Oil Politics and the New World Order
Gods of Money: Wall Street and the Death of the American Century
Seeds of Destruction: The Hidden Agenda of Genetic Manipulation

Doomsday Food & The Business of Eugenics 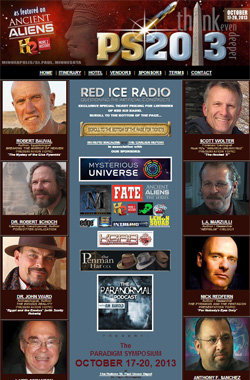