Downtown White Police: Why the Establishment Turned on Cops

Oct 26, 2015
James Lancia is a retired police officer who worked closely with the FBI, DEA, ATF, and Statewide Narcotics Agency as a patrolman in the Bridgeport Police Department in Connecticut. Lancia is the author of the book, “”Downtown White Police”: Demonizing the Alpha Cop, Glorifying Thugs, and Militarizing Law Enforcement.” James is also now a military artist, painting museum pieces for the French Foreign Legion. His historical military artwork has been featured at West Point and in various other US museums and magazines.

James is with us to discuss the subject matter of his book, which is an exposé of the forces at work in American society that are leading us down the dangerous path to a militarized police force. James describes his work on a beat that included the sixth largest housing project in the nation, rated the worst in the country for crime according to FBI statistics. We discuss Hollywood’s demonization of law enforcement, the all-out negligent and false mainstream reporting of crime, and the black victimization narrative coming from elected officials that all work together in perpetuating the myth of the villain White cop. James gets into the harsh statistics of black on White crime, and he breaks down the lie of systemic White racism that is used to justify disproportionate opportunities and advancements for unqualified minorities. Then, we speak about the Baltimore and Ferguson riots, where police were told to stand down while rioting looting escalated to an unmanageable situation, creating the perfect scenario for a federal level, militarizing agenda to take shape.

In the members' segment, James talks about the shift in crime rates that occurred post-civil rights movement, and we look at the growth of rape and violence in Europe and the US since the multiculturalist experiment has brought us forced integration. We also consider the problems of political correctness in bringing attention to and dealing with black on White crime. Then, we look at the ludicrous US foreign policies that are bringing arms to ISIS extremists and instigating soldier-age Middle Eastern men to mass infiltrate Europe. Later, we touch on HUD’s Affirmative Fair Housing Marketing Plan, the double standards of White privilege, and the war on Western culture. We delve into the tyrannical global government that is centralizing power with umbrella organizations designed to strip away localized police control and promote rotten misleaders.

Official Working for the Swedish Government: "There Is No Native Swedish Culture."
Mindy Kaling's Brother Admits He Pretended To Be Black So He Could Get Into Medical School
Baton (law enforcement)
Russia refuses to help Syrian refugees
Assata Shakur
Thuggee 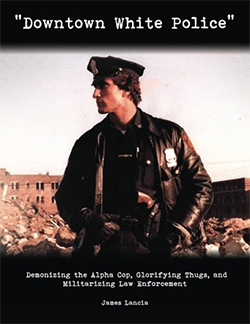