Oct 11, 2011
Ahmed Osman was born in Cairo Egypt in 1934. He studied law at Cairo University and worked as a journalist in the early 1960s. In an attempt to find the historical roots behind the continuous political conflict between Egypt and Israel, he left his country for London at the end of 1964. Since then he has been researching the connection between the stories of the Bible and the historical evidence uncovered by archaeologists during the last hundred years. In this interview, Ahmed discusses the Egyptian roots and themes used in Christianity as well as the Jewish perspective. He’ll explain why he thinks Moses is Akhenaten and how Father means Pharaoh. We’ll also talk about the biblical Joseph’s Egyptian roots. Ahmed tells us about the political conflicts when discussing Israeli and Muslim blood connections. Then, we talk about the religious beliefs that Akhenaton brought forth. Ahmed says the God conflict began when one God for all was claimed since in ancient times each city and tribe had their own different God and beliefs. Later, we discuss Jesus’ uniqueness and the Dead Sea Scrolls. In the second hour, we get into the specific similarities between the ancient Egyptian and ancient Hebrew languages. We’ll discuss the various immigrants into Egypt. Ahmed tells us how the Israelites were related to the royal palace and came before the time of Joseph. We’ll talk about what the “Holy Land” is, where it was located and why the promise was made about it. Then, we discuss Rome’s involvement to move the holy land to Jerusalem as well as their other political moves to destroy Egypt’s power. Ahmed gives his opinion, based on his research about Zion, the “holy city of the desert.” Ahmed agrees with the idea that historical Jesus Christ was a king. He’ll tell us why he thinks Jesus was Joshua of The Old Testament. Later, we talk about how Christianity spread like wild fire in Egypt. Also, how the Nag Hammadi referenced Jesus, eluding to the idea that he lived long before he was written about. We end on Ahmed’s vision of what he sees for the future of Egypt politically.

Moses and Akhenaten: The Secret History of Egypt at the Time of the Exodus

Jesus in the House of the Pharaohs: The Essene Revelations on the Historical Jesus

The Hebrew Pharaohs of Egypt: The Secret Lineage of the Patriarch Joseph

Out of Egypt: The Roots of Christianity Revealed 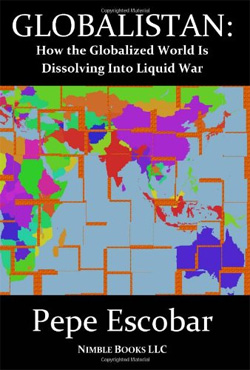