Mar 15, 2011
Paul Laviolette's work is extensive in areas such as cosmology, physics, astronomy, climatology and geology. His work has taken him into studying ancient cosmic cataclysmic cycles, galactic core explosions, black holes, gamma ray bursts, subquantum kinetics and the decoding of the "Sphinx Stargate" zodiac cryptogram. He received his Bachelor of Arts in Physics from Johns Hopkins University, his Masters in Business Administration from the University of Chicago, and a PhD from Portland State University and is currently president of the Starburst Foundation. He has written "Earth Under Fire: Humanity's Survival of the Ice Age", "Genesis of the Cosmos - The Ancient Science of Continuous Creation", "Secrets of Antigravity Propulsion: Tesla, UFO's and Classified Aerospace Technology", "The Talk of the Galaxy: An ET message for us?" and "Decoding the Message of the Pulsars". Paul returns to Red Ice Radio to discuss subquantum kenetics, artificially created pulsars, antigravity, electrogravitics, advanced space travel, and the possibility of a human "breakaway civilization".

Tracing the Origins of Subquantum Kinetics

The Cause of the Megafaunal Extinction: Supernova or Galactic Core Outburst?

Zodiac Cipher - Sagittarius shooting at the Heart of the Scorpion

Earth Under Fire: Humanity's Survival of the Ice Age

Genesis of the Cosmos: The Ancient Science of Continuous Creation

Decoding the Message of the Pulsars: Intelligent Communication from the Galaxy

Subquantum Kinetics: A Systems Approach to Physics and Cosmology

The Talk of the Galaxy: An ET Message for Us?

Beyond the Big Bang

Earth Under Fire: Humanity's Survival of the Apocalypse

Electrogravitics II: Validating Reports on a New Propulsion Methodology (No. 2) 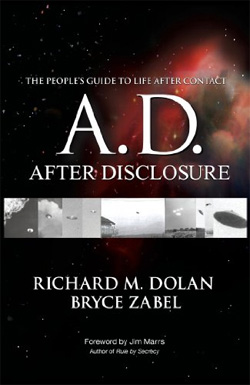