Aug 1, 2010
Paul Laviolette's work is extensive in areas such as cosmology, physics, astronomy, climatology and geology. His work has taken him into studying ancient cosmic cataclysmic cycles, galactic core explosions, black holes, gamma ray bursts, subquantum kinetics and the decoding of the Sphinx Stargate zodiac cryptogram. He received his Bachelor of Arts in Physics from Johns Hopkins University, his Masters in Business Administration from the University of Chicago, and a PhD from Portland State University and is currently president of the Starburst Foundation. He has written: "Earth Under Fire: Humanity's Survival of the Ice Age", "Genesis of the Cosmos - The Ancient Science of Continuous Creation", "Secrets of Antigravity Propulsion: Tesla, UFO's and Classified Aerospace Technology", "The Talk of the Galaxy: An ET message for us?" and "Decoding the Message of the Pulsars". Paul joins us for one hour to introduce his theories. We dive into "Earth Under Fire" first and talk about the ice age, galactic superwave theory, myths and legends about these events in the past. We move on to discuss "Intelligent Design of the Cosmos" and suppression of this kind of scientific work. Later, we spend time talking about his latest theory on subquantum kinetics. Some Topics Discussed: Earth Under Fire, cosmic dust, sun encrusted, sun explosion, time capsule message, center of our galaxy, iridium, nickel, gold, galactic superwave theory, big bang theory disproven, decoding the message of the pulsars, intelligent communication from the galaxy, cosmic rays, extinction event, gamma ray burst, Knossos, Crete, Minoan, Pleiades, T Tauri stars, solar flares, subquantum kinetics, magic and more.

The Cause of the Megafaunal Extinction: Supernova or Galactic Core Outburst?

Was the December 26, 2004 Indonesian Earthquake and Tsunami Caused by a Stellar Explosion 26,000 Light Years Away?

Tracing the Origins of Subquantum Kinetics

Earth Under Fire: Humanity's Survival of the Ice Age

Genesis of the Cosmos: The Ancient Science of Continuous Creation

Decoding the Message of the Pulsars: Intelligent Communication from the Galaxy

Subquantum Kinetics: A Systems Approach to Physics and Cosmology

The Talk of the Galaxy: An ET Message for Us?

Beyond the Big Bang

Earth Under Fire: Humanity's Survival of the Apocalypse 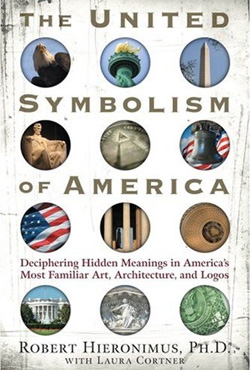