Nov 22, 2007
John Major Jenkins is an independent researcher who has devoted himself to reconstructing ancient Mayan cosmology and philosophy. Since 1986, John traveled to Mexico and Central America seven times. Since the beginning of his odyssey of research and discovery with the Maya, John has authored dozens of articles and many books. He is best known for his works that theorize certain astronomical and esoteric connections of the calendar systems used by the Maya civilization of pre-Columbian Mesoamerica. John is one of the principal people who have promoted the idea that the ancient Maya calendar ends on 21 December 2012 and this portends major changes for the Earth. Jenkins is considered one of the most lucid 2012 authors, with a solid knowledge of the ancient Maya. During the first hour of this program, we discuss Mayan cosmology, the galactic alignment, 2012 & the Mayan Calendar. Members, don’t miss hour two as we dive deeper into the subjects of the Mayan Calendar, the origins and the connection to the geographical location Izapa.

The Pyramid of Kukulcan; a Precessional Alarm Clock 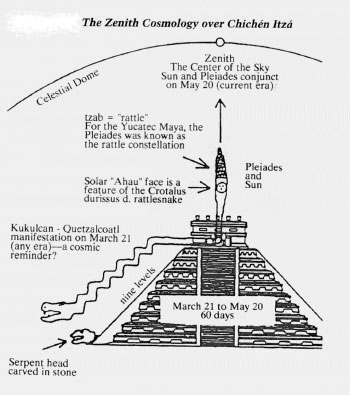 Galactic Alignment: The Transformation of Consciousness According to Mayan, Egyptian, and Vedic Traditions

Maya Cosmogenesis 2012: The True Meaning of the Maya Calendar End-Date

Pyramid of Fire: The Lost Aztec Codex: Spiritual Ascent at the End of Time 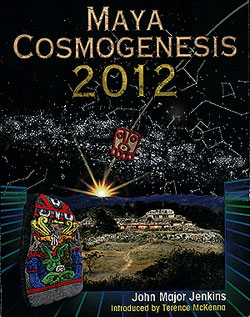