2012 Galactic Alignment & The End of the Mayan Calendar

Dec 9, 2012
John Major Jenkins is an independent researcher who has devoted himself to reconstructing ancient Mayan cosmology and philosophy. Since beginning his odyssey of research and discovery with the Maya, John has authored dozens of articles and many books. As a spearheading researcher, he is best known for his works that theorize certain astronomical and esoteric connections of the calendar systems used by the Maya civilization of pre-Columbian Mesoamerica. In the first hour, John presents his galactic alignment theory. He’ll cover the cosmic mythology associated to the sun’s alignment, moving to the place of rebirth in the center of the Milky Way galaxy. We are approaching a point of transformation and renewal, a new beginning. Jenkins explains how Mayan teachings can still be beneficial today. In the member’s hour, we’ll discuss Mayan astronomy, symbolism and inscriptions that reference the 2012 date. John speaks about shared knowledge between ancient cultures arising from shamanic consciousness. Then, we’ll talk about what’s after 2012. Jenkins shares his last comments as 2012 comes to an end.

2012thebeginning.com
The 2012 Story: The Myths, Fallacies, and Truth Behind the Most Intriguing Date in History
Maya Cosmogenesis 2012: The True Meaning of the Maya Calendar End-Date
Galactic Alignment: The Transformation of Consciousness According to Mayan, Egyptian, and Vedic Traditions
Pyramid of Fire: The Lost Aztec Codex: Spiritual Ascent at the End of Time
Beyond 2012: Catastrophe or Awakening?: A Complete Guide to End-of-Time Predictions

The Myths and Fallacies of 2012Galactic Alignment 2012, Mayan Cosmology & The Pyramid of Fire 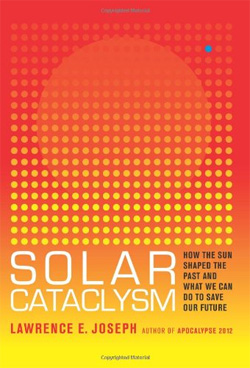