Oct 6, 2014
Dennis Fetcho, aka “The Fetch” is the author of the Illuminatus Observor and the host of the radio production called Inside the Eye. He brings weekly insights on geopolitics, Zionism, conspiracy history, finance, Middle East politics, news and views that shed light on our contemporary reality. Dennis is an American expatriate living in Amman. He specializes in aerospace, defense, and telecom. We’ll begin on ISIS. Dennis comments on events as told in the media. He’ll talk about how organized media is selling stories around the world as warfare. Then, we’ll discuss the supposed far right Nazi element in the Ukraine that is backed by Jewish interests. We’ll also talk about Russian nationalism, which is on the rise and the ongoing battle between Atlantic integrationists and Russia. Later, Dennis makes comparisons between Germany at the height of WWII with America today. In the second hour, Dennis speaks about elements of the Hermetic Qabalah, which have been encoded into the English language. He explains how we’ve had a rich Qabalistic tradition in the west that was meddled into the Jewish Kabbalah. He’ll tell of the Osirian and Isian mystery schools and describe the two movements in play, found in the Torah. Later, we’ll hear about Noahide Law, which congress actually passed into law on Education Day, March 26, 1991. Dennis elaborates on how big the Noahide movement is. We’ll also talk about the power of vocalizing the truth, creating Qabalistic spells to reverse the spell.

InsideTheEyeLive.com
illuminatusobservor.blogspot.com
Israel Joins The Fighting, Shoots Down Syrian Warplane Which Acted In "Threatening Manner"
Isaiah 55 New International Version (NIV) Invitation to the Thirsty
Gematria, Language of the Illuminatus
Why Ted Cruz Was Booed Off Stage at a Christian Event
That would be what the Sayanim is to Zionism
Gülen movement
"When Israel Is Mighty" - The Coming Zionist Conflict with Christians and "Pagans"
Russian Media to be owned by Russians
Education and Sharing Day
The rainbow is a modern symbol of Noahidism

Beneath the Planet of the Apes OST - Ape Soldiers Advancing 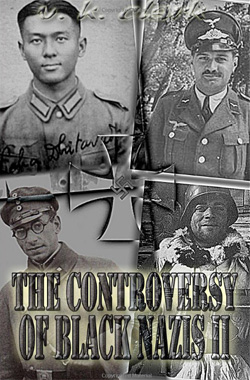