Entangled, Supernatural, Shamanism, The Origins of Consciousness & The Destiny of America

Apr 11, 2010
Join us for a fascinating two-hour program with author Graham Hancock. In the 1970’s Graham began as a journalist, writing for many of Britain's leading newspapers. Today he is the author of the major international bestsellers The Sign and The Seal, Fingerprints of the Gods, and Heaven's Mirror. He has become recognized as an unconventional thinker who raises controversial questions about humanity's past. In the first hour of this interview, we begin talking about his latest book Entangled, a novel, and ask why he has chosen to write fiction. He shares the advantages of writing fiction as well as the real life themes throughout the book, which were inspired from his past work. In the book the main character is flung into a parallel time 24,000 years in the past. Topics Discussed: ayahuasca, shamanism, Entangled, academic critics, Underworld, the advantage of writing fiction, the reality behind the story in Entangled, Therianthrope, Anthropos, "Sulpa" & "Illimani", DMT, Supernatural, apocalyptic themes, Rick Strassman, "The Spirit Molecule", quantum physics, the mystery of consciousness, ECG, Plato, soul, near death experience, consciousness, ancestors, cave art, psychedelic plants & substances, the computer, Steve Jobs and LSD, Watson and Crick, knowledge vs. ignorance, violence, fear of death, western civilization, Tibetan book of the dead, Hermes and more. In the second hour, Graham talks about the cyclical nature of civilization and how fragile western society is with its specialization. We talk about inventions of a mind induced by so called vision drugs and various theories on when man first came into contact with psilocybin mushrooms, amanita muscaria and soma. Graham discusses plants and substances that might have helped to spark the mind of ancient man. We carry the discussion over to the preservation of the shamanic tradition, gnosis, knowledge and the Gnostics. Graham shares his take on the fruits of secret societies. What is the destiny of America, "The New Atlantis"? Who were the founding fathers and what was their intention? Next, we talk about the alignments of monuments and buildings to the stars in the heaven. Can this be found in modern times, with cities such as Astana in Kashakztan? Later, Graham gives us his view on the alien intervention theory of people such as Däniken, Zithin, Lloyd Pye and others. Topics Discussed: the end of civilizations, terrible epidemics, intelligence, lack of knowledge, illusion of safety, Internet, inventions of a mind induced by LSD mind, discovery of ayahuasca, amanita muscaria, psilocybin, soma, intervention theory, aliens, Supernatural, spirits, pyramids in Egypt, Christianity, knowledge from the ancient world, Gnostics, Cathars, speculative side of Masonry, new Atlantis, the destiny of the United States, architecture of Washington DC, Astana, Hoover Dam, Egyptian society transplanted over the world and I M Pei.

Satanism and Pedophilia and the Fabric of the Web

Fingerprints of the Gods

Mycelium Running: How Mushrooms Can Help Save the World

Underworld: The Mysterious Origins of Civilization

The Mars Mystery: The Secret Connection Between Earth and the Red Planet 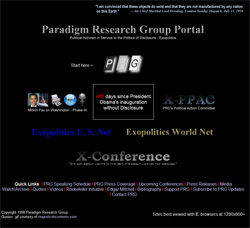