Jan 24, 2010
Birgitta Jonsdottir is a member of the Icelandic Parliament for the Movement and the Foreign Affairs committee. She joins us to talk about the financial warfare that has been taking place against the people of Iceland since the Lehman Brothers-AIG world financial panic in September-October 2008. The governments of London, The Hague and the EU with the backing of the IMF are at the heart of this financial blackmail. Don't miss this important program. Topics Discussed: privatization, Alcoa, Bechtel, Impregilo, Icesave, terrorist act, IMF blocking a loan to Iceland, 400 000 accounts in Icesave, MOU (memorandum of understanding), European Union, ECOFIN (Economic and Financial Affairs Council), Wikileaks, American bases in Iceland, John Perkins, Economic Hitman, the political elite of European Union, friends of Iceland, savethepeopleoficeland.com, Ólafur Ragnar Grímsson, resources, geothermal energy, water, trade advantages, economic warfare, "The Movement", outside the left-right paradigm, oligarchs, monopoly and much more.

The Financial War Against Iceland

The emergence of Icesave empathy for Iceland in UK media? 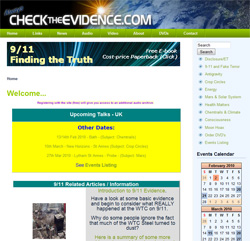