John Lash has been a regular guest on Red Ice Radio since 2008, sharing the discoveries of his collective studies in the fields of directive and sidereal mythology, naked-eye astronomy, precession, the World Ages, belief systems, and his radical revision of Gnosticism. He has also delved deeply into the sacred story of Gaia-Sophia and introduced the term Archon to the discourse of humanity. Mr. Lash returns to the program to announce the formation of the Kalika War Party, a band of self-selected men and women volunteers whose goal is “to strike offensively against all variations of the evil and corrupt system that works against life, truth, freedom, beauty, sanity, and the spirit of mutual aid.” John explains how his exploration of the Parsifal myth and the Holy Grail question, “What ails thee?” led him to conceive of the KWP entity. We consider the wounded species of humanity and the suffering caused by the psychopaths who are leading our world to demise. Then, John describes how the use of magic and shamanism will shape the operations of the KWP, and reminds us of the true abilities of the shaman, which can be to heal as well as eliminate. Later, John gets into the social evils of mind control, the domestication and pacification of humanity in the name of Christianity, the elite’s control of the narrative, and the gruesome, murderous, destructive attacks that have been carried out by the USA and those who control it, against all living beings and the earth itself. Then, John talks about the meaning of the Thunderbird Formation, the symbol for the KWP, and the reemergence of the Warrior Class. At the end, we examine the true violent tendencies of man, the popularity of war games, and the inevitable downfall of feminism. 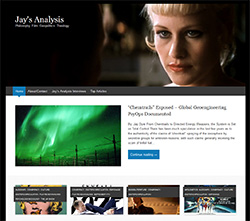