John Lash is a self-educated free-lance scholar and author who combines studies and experimental mysticism to teach directive mythology. He is a leading exponent of the power of myth to direct individual experience and drive historical events over the long term. On metahistory.org, he presents a radical revision of Gnosticism, with original commentaries on the Nag Hammadi codices. He also presents the only complete restoration by any scholar of the Sophianic myth of the Pagan Mysteries, the sacred story of Gaia-Sophia, recounting the origin of the earth and the human species from the galactic core. Unexpectedly, John Lash returns to discuss how he recently came to the political issue of White genocide after being deeply involved within the Sophianic myth. Johns explains how he discovered that the myth itself contains details of White genocide. We’ll discuss the supernatural factor behind this plan, an archontic force at play that has infected a specific race who are serving as proxies of the Archons. Raging on the planet, this archontic infection is both neurological and ideological. John talks about Sophia’s correction, her collaborators and what can stop the archontic infection as told by the Gnostics. We’ll continue to profile the problem and discuss the taboo of stating the obvious. Lash gives two perspectives on why we didn’t see this agenda sooner. Also, he explains why the Gnostics were against procreation and how they warned it could be used as a weapon. Later, John speaks on the importance of reviving folk memory circuits and recovering important racial memory. At the end we’ll discuss Jewish liberation in 1859 and how they got the upper hand. John also talks about German genocide. When blowback falls on the sources of fraud, there will be no place to hide. 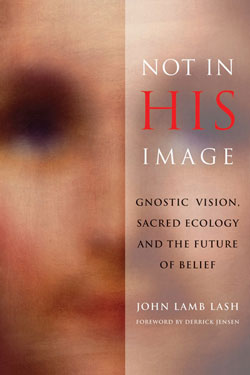