Jul 21, 2011
Comparative mythologist, author and teacher John Lash returns to the program to discuss "Sophia's Correction", Earth changes, stellar anomalies & Gaia's awakening. John Lash is a self-educated free-lance scholar who combines studies and experimental mysticism to teach directive mythology. An expert on sidereal mythology, naked-eye astronomy, precession, and the World Ages, he also teaches the critique of belief-systems. On metahistory.org his website, he presents a radical revision of Gnosticism, with original commentaries on the Nag Hammadi codices. He also presents the only complete restoration by any scholar of the Sophianic myth of the Pagan Mysteries, the sacred story of Gaia-Sophia, recounting the origin of the Earth and the human species from the galactic core. A number of strange phenomenon are being reported from around the world at what seems to be an increased frequency. Magnetic North is reportedly on the move and the sun rose two days early in Greenland. Some people are claiming that the sun is both rising and setting in the wrong place, others contend that the stars are displaced and the Moon is not following its normal pattern. John is with us to share his views about what is going on and why. In the second hour we continue discussing the steering mechanism of the Earth and Moon, as the mother ship continues on the journey home. Then, John shares his research into the Archontics control matrix and draconian manipulation. He praises the work of Dr. Judy Wood and discusses in detail how the real truth about 9/11 can be the key to unlock the prison that humanity is in. Later, we discuss Trimorphic Protennoia, eco-fascism, the elites' Gaia fraud, dreams, the organic light and the March 19th "supermoon". We end talking about the anomalies and artificial nature of our solar system. John brings up Zulu shaman Credo Mutwa and theories about the Moon being artificial.

'Wandering' planets may have water, life 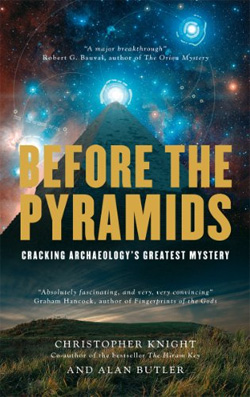