Aug 26, 2013
Bill Still is a former newspaper editor and publisher. He has written for USA Today, The Saturday Evening Post, the Los Angeles Times Syndicate and OMNI magazine. Bill has also written 22 books and made 3 documentary films: The Money Masters, The Secret of Oz and most recently Jekyll Island - the truth behind the Federal Reserve. In this interview, we’ll focus on how debt is ruining Greece and discuss the fragile future of the European Union. Bill was recently invited as the keynote speaker at Athens University to talk about monetary reform and what Greece can do to get back on their feet. Economists in Greece agree with many of his suggestions but the politicians and bankers will not hear any of it. He explains that continuing the Greek tragedy is not what is going to restore the nation’s economy, neither is more government spending. Exiting out of the "debt clutches" of the EU will be done through internally producing and manufacturing what the country needs. In the second hour, we’ll discuss loans, interest, politicians, direct democracy and the current media environment around the world. Although a major global economic crash seems to be inevitable, there are many encouraging and positive developments. Bill speaks about some of the signs that are indicating that the tide is turning.

Jekyll Island Movie
The Secret of Oz
No More National Debt
The Creature from Jekyll Island: A Second Look at the Federal Reserve
The Capitalist Conspiracy
The Trillion-Dollar Conspiracy: How the New World Order, Man-Made Diseases, and Zombie Banks Are Destroying America

The Money Masters & The Secret of Oz 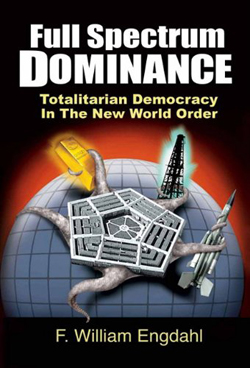