Historic Lawsuit Against Church and Crown

Kevin D. Annett is a Canadian writer and former minister of the United Church of Canada. Annett graduated from the University of British Columbia with a Bachelor's Degree in Anthropology and a Master's Degree in Political Science. Annett has written two books on the subject of residential school abuse in Canada. In 2006, Kevin produced a documentary on this topic called "Unrepentant." Additionally, he created and hosted "Hidden from History," a public affairs and human rights program on Vancouver Cooperative Radio from 2001 until the station shut him down in 2010. On previous programs with Kevin, we spoke about the world-wide system of abuse by church and state upon children and adults. He returns to the program to discuss the historic lawsuit which is being filed by Kevin Annett on behalf of the ITCCS (International Tribunal into Crimes of Church and State) and Jason Bowman of The Association of Citizen Prosecutors (ACP) in Federal Court against the Church and Crown.

Love and Death in the Valley
Unrepentant: Disrobing the Emperor
Hidden From History: The Canadian Holocaust

The Crimes Against Humanity by Church and StateHidden From History: Canada's Genocide 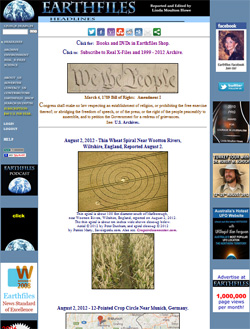